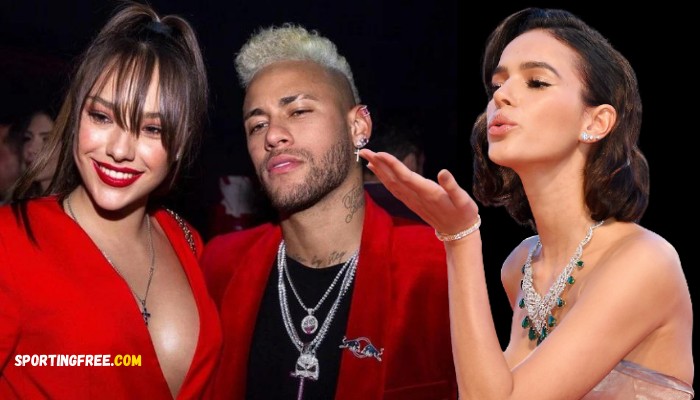 PSG forward Neymar is one of the most handsome footballers in the world. So there is no surprise that Neymar has dated many beautiful women in the world and has a long list of girlfriends.

Neymar Jr is a professional football player who plays for French club Paris Saint Germain and the Brazil national team. The ex- Barcelona forward is regarded as one of the current best players of this generation.

Along with remarkable statistics on the football ground, Neymar also has glamorous life and media presence outside football. The Brazilian has dated many women in his life.

Neymar Girlfriends: Who is Neymar dating?

Neymar is widely regarded as one of the stylish players of football with a great bank balance. His athletic physique and funky hairstyles over the years has attracted the limelight. Through the years, Neymar has dated many women including top models and actresses.

Every Neymar Girlfriend Through the Years

Natalia Barulich is the current partner of Neymar Junior. The American Model, singer, the actress has been with Neymar since 2019.

Carolina Dantas was Neymar’s First girlfriend. She dated him from 2010 to 2011. The couple have a child together, their son Davi Lucca who was born in 2011. Even though Neymar and Carolina have split up, they are on good terms and share the custody of their son.

Bruna is a Brazilian actress who has acted in several movies and motion pictures. Neymar and Bruna first dated in 2012. The couple has been in an on off relationship ever since the breakup in 2013.

Neymar was rumored to be dating Brazilian pop star Larissa Macedo Machado known by her on stage name Anitta in 2014. The couple was seen together many times in this period.

Thaila Ayala is a Brazlian model and actress. Neymar and Thaila were reportedly seen together in 2014. The couple posted pictures on various social media platforms

Barbara Evans and Neymar had a very short relationship. They dated after Neymar’s breakup with Carolina

Spanish Lawyer Elizabeth Martinez was reportedly rumored to be dating Neymar in 2015.

Neymar dated Brazilian model and dances Carol Abranches for a short while in 2011.

Neymar was rumored to be dating American Hollywood actress Chloe Moretz in 2016.

Neymar was rumored to be dating Serbian model Sara Vucelic in 2013.

Brazilian actress and model Daniela Carvalho was dating Neymar in 2011. The couple had a very short relationship.

Many models have made the claim of being a Neymar girlfriend but never verified by the PSG star. As of now, it is not clear about Neymar relationship status or who he is dating?