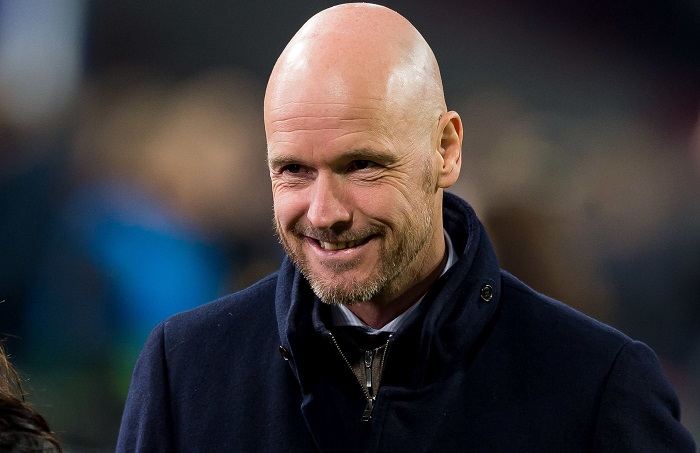 Next Tottenham Manager: Erik Ten Hag Still On, Despite Talks with Conte

According to The Guardian, Antonio Conte is likely to be Tottenham’s new manager but still, Erik Ten Hag has the best chance. According to reports, even though the Dutchman recently signed a contract extension with Ajax, it does not mean he is ruled out of the race for a position as Tottenham’s Manager.

Tottenham Hotspur is without a manager after parting ways with Jose Mourinho in mid-April by sacking him. Former Tottenham player, Ryan Mason was the interim manager of Tottenham till the end of the season. As the new season awaits, Spurs are looking for a new manager to take charge of the team from the 2022/21 season.

Current PSG boss and ex Tottenham manager, Mauricio Pochettino is one of the names heavily linked with the club. Antonio Conte has also become a frontrunner to become the manager after his opportunities at Juventus and Real Madrid were filled by Allegri and Carlo Ancelotti respectively.

Even though Pochettino and Conte are the favourites to take charge, Spurs Chairman Dan Levy still has interest and wants to pursue Erik Ten Hag.

How Good is Erik Ten Hag at Ajax?

Erik Ten Hag is currently the manager of Ajax in the Dutch league, Eredivisie. He has been with the club since  January 2018 and has a commendable record with the club. He has managed 167 games out of which Ajax has won 123 with a win percentage of 73.6%.

The 51-year-old guided Ajax to the League title in the 2022/21 season. Ten Hag made his stance very clear by signing a contract extension at Ajax amid interest from the North London Club.

For the time being, Antonio Conte is still the leading name linked to replace Mourinho at Spurs according to the news. We will have to wait for a while to see who becomes Tottenham’s next manager.