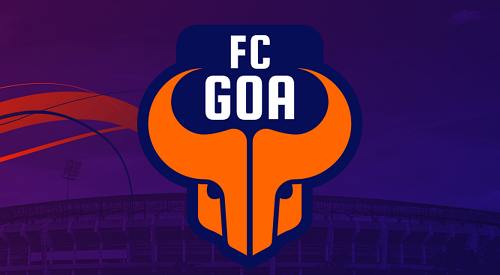 Most Popular ISL Team in the Indian Super League

Which is the most popular ISL team in the Indian Super League? Find the most famous ISL team based on scoial media followers.

This year’s ISL will be bigger than ever, with East Bengal being the new entrant to the league and Mohun Bagan merging with Atletico Kolkata would mean that this year’s edition is all set to witness India’s biggest footballing match.

Fc Goa becoming the first Indian team in history to compete in the 2022 AFC Champions League. In short, the league is getting bigger and better since its inception. However, do you know in its 6 editions ISL has just witnessed only 3 clubs emerging as champions!

Thus it’s pretty evident that some teams are dominating over the others. But do you know who is the most popular ISL team in 2022-21?

Most Popular ISL Team in the Indian Super League

Here is the list of most famous Indian Super League (ISL) team based on their social media followers.

The side from the southeast has failed to reach the masses as only 69K people follow them on their official social media channels.

The team is yet to make an impact on the league and this lack of support from the fans is not a good catalyst.

The recently included team from Hyderabad has failed to reciprocate the fan following and popularity of their owner Rana Dagubatti. What’s saddening to see is that the club is less popular than the south megastar.

The team only clinched the 9th spot on the list with just 75k followers on all three platforms.

The team to sit on the 8th spot is nonother than the steel city of India, Jamshedpur FC. However, their team and the relation between their fans haven’t been solid like steel. The team from the east has just 236K followers from all over the globe.

The team led by our Indian Captain Sunil Chhetri is quite a popular team among the Indians. The team has even managed to win one season of ISL in the 2018-2019 season.

The team has decent popularity on social media with 776k followers on all platforms, however, it still lacks the deserved support and popularity among the fans.

The commercial capital of India, where people across India come to get global, while on the other hand, their football team Mumbai City FC failed to do so. Yes, Ranbir Kapoor owned Mumbai City fails to achieve even the 1 million feat

The team from northeast owned by Bollywood celebrity John Abraham. They have been putting up decent performances over the years and have successfully gained a loyal fan base among the masses.

The team stands at 5th position out of 11 teams in terms of popularity on social media with 910K followers.

Atletico Kolkata has recently merged with undoubtedly the most famous club of India, Mohun Bagan. ATK Mohun Bagan has been the most successful team in ISL with 3 titles to their name.

FC Goa is one of 4 teams in ISL to have following over 1 million marks. The fans have always backed their teams despite the results and courtesy to them FC Goa becomes the first team in history to compete in the 2022 AFC Champions League.

The second most successful team in ISL with 2 titles to their name has also grabbed the second position in their popularity. Feels synchronized, doesn’t it? Well, this is how good their relationship with the fan is and vice versa.

Chennaiyin FC has 1.5 Million followers on all platforms.

The yellow army of football might have failed to clinch a trophy in ISL, however, their fans have always held their back. Kerala blasters have emerged as the most popular ISL team in the Indian Super League as the team from the south has arguably the most loyal fans.

Note: The number of followers of ISL teams has been taken into reference as of 25 October 2022.