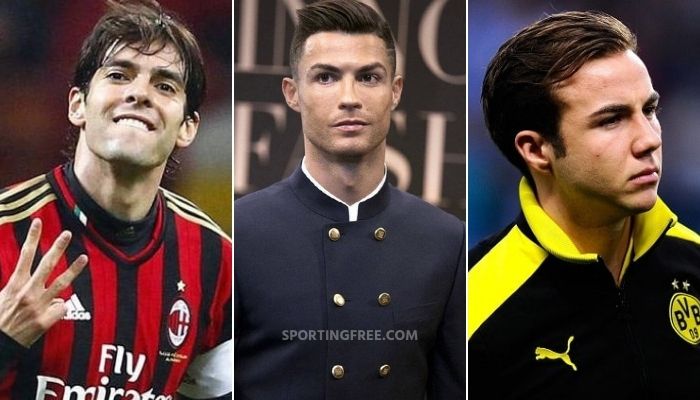 The 10 Most Handsome Football Players in the World

Soccer players have to constantly maintain their fitness levels and physique to stay in the game. Many footballers are in the limelight for their impressive looks alongside their footballing skills. Even though looks do not matter in the sport, players are hyped and have a huge fan following based on their physical attributes. The football world has witnessed many hottest and most handsome soccer players, let’s see some of them.

Muller is considered by many as one of the greatest German footballers. The Bayern Munich legend has played more than 600 matches and scored around 220 goals for the club. The 31-year-old is known for his great stamina, physical fitness and is one of the handsome footballers.

Neymar is one of the most handsome footballers, known for his cheeky hairstyles, numerous tattoos, and overall extravagant personality. The Brazilian international likes to be in the limelight and are often followed by the paparazzi. Neymar is one of the most integral players of Paris Saint Germain and has scored 90 goals in 117 appearances for the club.

Widely known as the World cup winning goal scorer of the 2014 World Cup, Mario Gotze is considered one of the handsome footballers. The ex Bayern Munich and Dortmund player currently plays in the Eredivisie team PSV Eindhoven. Gotze played more than 100 matches for two German giants Bayern and Borussia Dortmund.

Gerard Pique is considered by many as one of the hottest footballers. The 34-year-old is known for his height and his great looks. Pique has played more than 580 matches for Barcelona and is one of the better defenders of La Liga.

France’s second-highest goalscorer of all time, Olivier Giroud, is considered one of the hottest footballers ever. Known for his physical attributes and great body, Giroud has often featured with many fashion brands. The 34-year-old is still in the best form of his career and will play for AC Milan from the upcoming 2023/22 season.

Regarded as the greatest footballer of all time, Lionel Messi is also one of the most handsome footballers. The six-time Ballon D’Or winner is known for his tattoos and classy beards. As far as their footballing career is concerned, Messi’s records and statistics speak for him. The Barcelona captain is the club’s all-time highest goalscorer with 682 goals and is the player with the most appearances for the Catalans.

Cristiano Ronaldo is widely regarded as the fittest footballer. CR7 is the world’s highest-paid, popular and most handsome footballer. Still going strong at 36, Ronaldo is known for his amazing body and fitness. The Real Madrid and Manchester United legend has the most number of followers on social media. While most footballers retire at his age, Ronaldo is the talisman of Juventus and is one of the greatest players ever to play football.

AC Milan and Real Madrid legend Kaka are considered the most handsome footballers. The former Brazil international retired from football in 2017 but is still famous for his looks and handsomeness.

David Beckham is considered the most handsome footballer. Widely known as the king of hearts, Beckham is one of the hottest personalities in the world and has a fan following all around the world. The former Manchester United, Real Madrid and PSG player is known for his elegance and classy hairstyles.