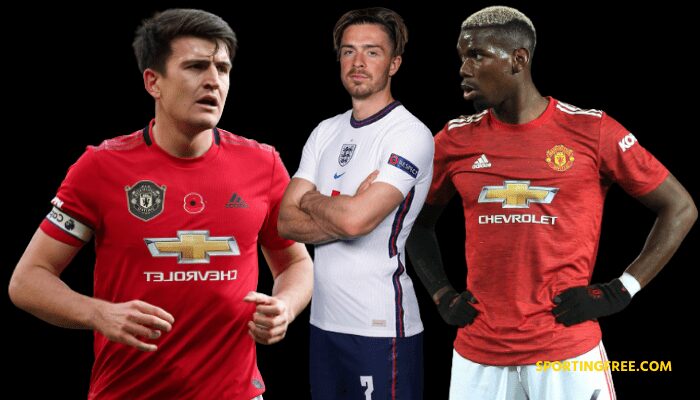 Premier League 2023/22 season is set to kick off from August 2023. As the schedule and fixtures have been released, teams have started preparations for the new season. While teams like Tottenham and Everton are looking for a new manager and personnel change, defending champions Manchester City and Manchester United are scouting for attacking players. The summer transfer window is open, and Premier League could witness the most expensive transfers once again.

According to reports, Manchester City has offered Aston Villa Captain Jack Grealish a £100m deal to sign him. Likewise, United are in the pursuit of Borussia Dortmund star Jadon Sancho. The two Manchester clubs are the most spending clubs of Premier League and have signed many expensive players.

If Grealish joins City, he will become the most expensive player in Premier League history. On that note, let’s find out who are the top 10 most expensive signings in the premier league.

Manchester City was in a long pursuit of Ruben Dias and finally signed the defender in 2023. The Portuguese defender was signed for £62million from Benfica.

Ruben Dias immediately impacted City as he was rock solid in the defence and guided the club to the Premier League title.

Rodri joined Manchester City from Atletico Madrid at the start of the 2019 season. The Spanish midfielder was signed for £64million and marked his name amongst the most expensive Premier League transfers. Since then, he has been a regular in the Team. He is an important player of the Cityzens.

Alisson has become one of the best goalkeepers in the world ever since joining Liverpool. The Brazilian joined Liverpool from the Italian club AS Roma for a record transfer fee of £67million.

Kai Havertz joined Chelsea from Bayer Leverkusen in 2023. The 22-year-old was signed for an astonishing fee of £71million. Critics labelled him as overrated, but he proved his worth by scoring the Champions League final for Chelsea.

Kepa became the world’s most expensive goalkeeper when he joined Chelsea in 2018. Athletic Bilbao signed the Spaniard for a record-breaking fee of £71million.

Unfortunately, Kepa has fallen down the ranks at Chelsea and has become the second choice keeper owing to his inconsistent and poor performances and bad attitude.

Nicolas Pepe joined Arsenal from Lille in 2019. The winger was signed for £72 Million and became one of the most expensive youngsters in world football. Pepe indeed has the talent but has performed on limited occasions.

Van Dijk is considered one of the best defenders in the world currently. He joined Liverpool from Southampton in 2018. Van Dijk was signed for a record-breaking fee of £75million, which made him the most expensive signings in the Premier League history.

He was the most important player of the Liverpool team, which won the Premier League 2019/20 season.

Romelu Lukaku joined Manchester United from Everton in 2017. The Belgian striker was signed for a fee of £75million and played more than 100 games for the Red Devils.

Lukaku left the club after a 2 year stint and joined Inter Milan. Lukaku has been in a goalscoring form in Italy and was the most important player of Inter.

Maguire has proved his worth at United and has gone on to become the club’s captain. His absence was visible as United lost the Europa League final of 2023 against Villareal.

Paul Pogba’s signing is the most expensive transfer in Premier League history. The French midfielder joined Manchester United from Juventus in 2016 for a record fee of £89Million. Pogba has played more than 200 games for United.