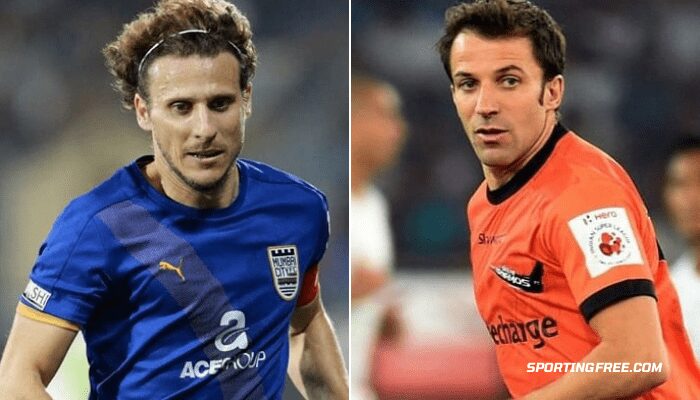 5 Most Expensive Transfers in ISL History

Indian Super League has been the benchmark of Indian football ever since its inception. It is a well-known fact that ISL has played a significant role in developing Indian Football and raising standards of the game. One major reason for the success of ISL was the presence of world-class talents who guided the Indian amateurs with their experience.

Most Expensive Transfers in ISL History

Hugo Boumous is currently in the news after joining ATK Mohun Bagan from defending champion Mumbai City FC. The Frenchman joined ATKMB for a transfer fee of ₹2 Cr approximately. But even he misses out on the list of the most expensive ISL transfer.

Former Monaco and Juventus striker David Trezeguet joined FC Pune City in 2014. The 1998 World cup winner was signed for a fee of around ₹4 crores.

Trezeguet played 9 matches and scored 2 goals in his only season of the Indian Super League. The Frenchman hanged up his boots after his ISL stint and went on to join the management team of Juventus.

READ: Most Famous Indian Football Players of all Time

Elano joined the list of marquee players in ISL when he signed for Chennaiyin FC in 2014. The Brazilian midfielder became a fan favourite in India as he dazzled everyone with his freekicks and attacking prowess.

Elano became the first-ever golden boot winner of ISL when he won the tournament’s inaugural season in 2014 after scoring 8 goals. Chennaiyin retained the former Manchester City and Shaktar player for ₹4.8 crores. After two seasons in ISL, Elano returned to his boyhood club Santos FC.

Nicolas Anelka is one of the biggest names featured in the Indian Super League. The former Arsenal, Chelsea, Real Madrid player joined Mumbai City FC in 2014, Anelka was signed for a fee of ₹5.4 crores.

Anelka played 13 times for the islanders and scored 2 goals. He was promoted to the position of player-manager in the next season.

Diego Forlan broke the headlines when it was announced that he is set to play in Indian Super League. The Uruguayan legend joined Mumbai City FC in the 2016 ISL season and became the most famous marquee player of that year.

Forlan played 11 matches and scored 5 goals in his only season in India. The former Atletico Madrid and Man United striker joined Hong Kong Premier League club Kitchee in 2018 and retired from football in 2019.

Del Piero is the greatest player ever to have played in the Indian Super League. The Juventus legend joined Delhi Dynamos FC in the inaugural season of ISL in 2014. Del Piero was signed for an estimated fee of ₹10 Crores and is the most expensive transfer of ISL history.

The Italian international played 10 matches for Delhi and scored 1 goal in his only season in the Indian Super League. Del Piero announced his retirement from football after his stint in India.