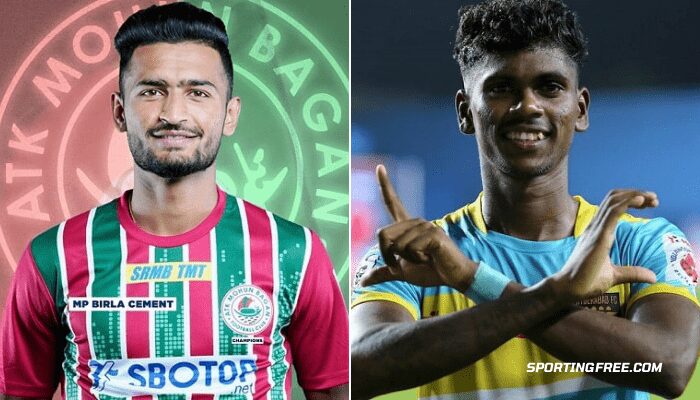 The 5 Most Expensive Indian Football Players in ISL

Indian Super League has seen the growth and development of several players in due course of the tournament’s history. The tournament has provided the biggest platform for the Indian players to show their worth and ability. Many Indian players have caught worldwide attention after impressing in the ISL. Playing in India’s biggest football league also helps the players gain financial benefits.

ISL has produced exceptional footballing talent, and the clubs seek out the players after successful seasons. As a brand new season of the Indian Super League is announced, we look at the most expensive Indian football players in ISL.

The 5 Most Expensive Indian Football Players in ISL

As the summer transfer window is open, ISL clubs are looking to prepare their squad for the 2022/22 season and revamp their teams for the new season. ISL teams have made some costly transfers in the past few years.

Even though Indian players receive considerably less money than their foreign counterparts in ISL, they still pocket hefty amounts in the form of salaries and transfer fees. Here are the 5 biggest ISL transfers

Ashique Kuruniyan joined Bengaluru FC from Pune city FC in 2019 after Pune became a defunct club. The young winger was signed for a transfer fee of ₹70 lakhs, making him one of the costliest signings in ISL. Kuruniyan has played 26 games for Bengaluru FC since joining the club and scored 1 goal in an injury-hit season.

Goalkeeping prodigy Dheeraj Moirangthem joined the ATK in the 2019 ISL season. However, he was not the preferred goalkeeper for the Kolkata outfit and spent the almost entire season on the bench.

Manvir Singh became the biggest sale in the history of FC Goa when the forward joined newly formed ATK Mohun Bagan in 2022. Singh was signed for a transfer fee of 80 lakh rupees making him the third costliest Indian player in ISL history. Manvir ended the 2022/21 season with 26 appearances and 6 goals to his name.

One of the star players of ISL, Michael Soosairaj, broke the transfer window when he signed for ATK for a transfer fee of ₹90 Lakhs. Soosairaj is the 2nd most expensive Indian football player in ISL.

The midfielder joined ATK from Jamshedpur FC in 2019 after an impressive debut season in ISL. He played 20 matches and scored 3 goals in the title-winning season of ATK in 2019.

Liston Colaco is the most expensive transfer in the history of ISL. The winger broke all transfer records when he announced his arrival at ATK Mohun Bagan ahead of the upcoming 2022/22 season.

Colaco joined the mariners from Hyderabad FC for a record-breaking fee of ₹ 1 Crore, making him the costliest Indian player of ISL.