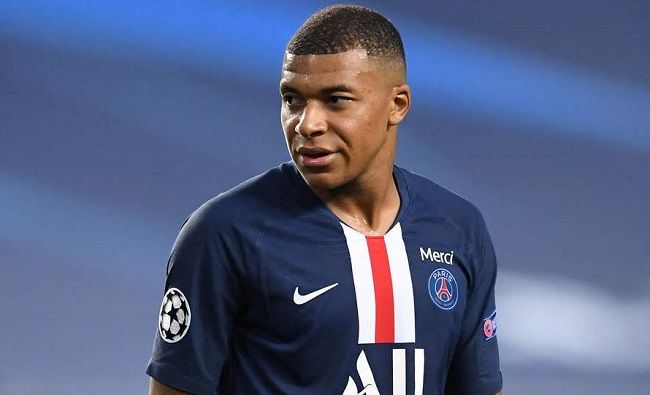 It’s not a hidden fact that footballers are some of the highest-paid athletes in the world. Be it high profile transfers, rich contracts, brands, and endorsements, these players leave no stone unturned when it comes to making money from various sources. But there is one prominent source of annual income which at times go unnoticed by fans and that is footballer’s expensive boot deals.

Yes, these high prolific footballers charge millions for wearing many brands of boots for 90 minutes. These footballers have got the most expensive boot deal.

Here is the list of the top 10 Most Expensive Footballers Boot Deals.

The 28-year-old is sponsored by Adidas and can be seen wearing the X 18 edition.

What might come as a surprise for many people is to see Veratti’s name on the list. Marco Veratti earns a massive £2.5 million dollars annually. He is Sponsored by Nike and can be seen wearing their Hypervenom Phantom III’

There’s no undermining the PSG’s midfielder’s ability on the pitch but it would be fair to say that Veratti’s market value has sulked over the years. While the Italian left puma in 2017 to sign a 10 year deal with Nike, thus clinching him a spot on the list.

The Manchester United midfielder earns a whopping £3 million per year from Adidas. Adidas signed Paul Pogba on a 10-year deal in 2014 making him one of the biggest marketable faces in football. The world cup winner can be seen wearing Predator edition, although his deal is set to expire in 2024.

The poster boy of PUMA, before Neymar stepped in has been an old client of Puma. Puma signed Griezmann in 2009, but it was in 2015 when they extended his contract for another 10 years making him earn £3.5 million per year.

The recent homecoming for the welsh international makes him one of the most valuable players to look after in the premier league. On the other hand, Adidas pays Bale a whopping £4 million per year to wear his boots.

If Marco Veratti making the list didn’t surprise you then Mario Balotelli’s name on the list certainly will. Many people might not even know his current team and must be wondering how did Balotelli end up getting the 5th spot?

Well, the answer is currently he plays in Serie B for Brescia, but in 2014 he was Italy’s golden boy when Puma offered him a 10-year contract for a whopping £5 million per annum.

However, the player has lost his influence and market value over the years but would certainly enjoy his lucrative offer until 2024.

The player can be seen wearing Puma’s Ultra 1.1 edition.

The world cup winner, PSG sensation Kylian Mbappe is arguably the most marketable player in the world alongside his teammate Neymar. The 21-year-old signed a 10 year deal with Nike in 2019 making him the poster boy of Nike for a sensational £14 million annually.

The Portuguese international is the highest-paid footballer by Nike earning £15 million annually. What’s interesting to note is that he has signed a lifetime deal with Nike and he is only the third player in all sports and the first player in football to do so for Nike.

Barcelona’s talisman is the poster boy as well as the highest earner by Adidas. The 33-year-old earns a whopping £18 million annually to wear their boots.

Messi signed an extension with Adidas in 2017 which saw him signing a deal for a lifetime similar to his arch-rival Ronaldo. But if there’s one thing that stands apart is that Adidas has released a sub-brand for Messi called Adidas Messi.

The player can be seen wearing the ADIDAS NEMEZIZ MESSI 19.1 ‘COPA’ edition.

The Brazilian international is the most expensive footballer in terms of contract as well as boot deals. Yes, Neymar earns a whopping £23 million annually after he recently left his 15-year partnership with Nike to join Puma.

Although it’s not been revealed for many years is the contract for, but the player can be seen wearing Neymar Jogo Prismatico Mercurial Vapor 13 Boots.