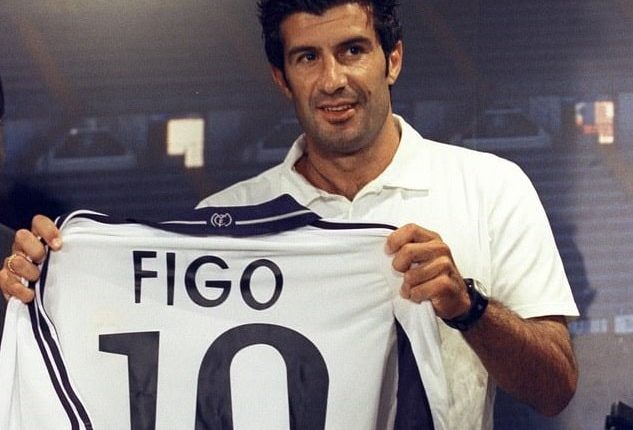 In due course of the game’s history, Football has witnessed some of the greatest controversies. Last day transfers, shocking switch of teams and many such incidents have resulted in iconic transfers. The ongoing 2022 Summer transfer window has also witnessed unprecedented moves. Be it Lukaku’s unexpected rejoining to Chelsea, Ramos and Messi’s shocking departure to PSG. Here is a list of some of the most controversial transfers in football.

Adebayor sparked controversy many times. His first controversy came to light after he joined Man City from Arsenal. He was subject to humiliating abuse and chants from Arsenal fans and replied by running towards them when he scored for Manchester City against the gunners. Another but the less controversial transfer was when he was loaned out to Real Madrid in 2011.

Ashley Cole was found guilty of contacting Chelsea for a contract while he still was on a contract with Arsenal without informing the club about his intentions. A heavy fine and a warning restricted Cole from making the immediate switch and staying with Arsenal, but he eventually made the transfer after one more season with the gunners. This disrespectful behaviour from Cole attracted foul names to him.

Tevez became the face of controversy during his time in the Premier League. A year after signing for West Ham, Tevez was loaned out to Manchester United for two years. United was on the verge of making Tevez’s loan into a permanent move when the city meddled to hijack the deal and brought the Argentine to the Blue side of Manchester in 2009.

John Obi Mikel’s transfer is one of a kind. Mikel was set to join Manchester United when reports of him signing a contract with Chelsea surfaced. It turned out Mikel, who was a teenager back in 2005, was unclear of the rules and had multiple agents who accepted different bids. His transfer saga was iconic as FIFA had to meddle and asked the Nigerian to choose one club. As it turns out, he joined Chelsea.

Ex-Portuguese wonderkid Renato Sanches caught the eye of several big clubs after his blistering performance in the Euro 2016. Bayern Munich eventually signed him, but he was loaned out to Swansea City after one year. After an unsuccessful loan spell in the UK, Sanches returned to Munich in the hope of getting a regular place in the team.

After one more season without much game time, this time in Germany, Renato Sanches expressed his anger and desire to leave Bayern in 2019 and left training early. He went on to sign for French side Lille within the next few days.

Ajax legend Cruyff returned to his boyhood club in the 1980s, a decade after leaving them for F.C.Barcelona. After two years in his second stint with Ajax, the greatest Dutch player was refused another contract extension by the club.

Cruyff, who was 36 back then, was so humiliated with Ajax that he signed for their bitter rivals Feyenoord and guided Feyenoord to double titles to rub salt on Ajax’s wounds. This is considered one of the most controversial football transfers.

The flying Dutchman Robin Van Persie shattered Arsenal’s hopes when they joined Manchester United in 2012. This move resulted in RVP being called a traitor and many of his jerseys burned by the gunners. Van Persie’s goals were imminently clear as he was a vital player of Sir Alex Ferguson’s squad that went on to win another Premier League title.

Sol Campbell created controversy in North London when he joined Arsenal from Tottenham in 2001. Many belives this is one of the most controversial transfers ever. What made this move controversial is the conviction that the spurs defender spoke about his long term future at the club. This transfer created havoc amongst Spurs fans, and many labelled this move as “the ultimate act of betrayal.”

Baggio, the divine ponytail, was seldom in the limelight, be it his prolific game or otherwise. Baggio, who had spent five years at Fiorentina from 1985 to 1990, developed to achieve the status of a legend with the club.

He became the world record transfer of the time when Juventus signed him for 8 million pounds. Baggio was so impactful and controversial at the same time that the city of Florence witnessed riots because of this move.

The most controversial transfer in football history is the transfer of Figo to Real Madrid. The Portuguese star was a remarkable Barcelona player in the late 1990s. Luis Figo sparked the greatest controversy when he announced his departure from Barcelona and signed for their arch-nemesis Real Madrid.

This move created havoc in the Catalan fanbase, which was aggravated by this announcement. During the first El-Classico in 2001 when Luis Figo met Barcelona, this time as a Madrid player, he had to face not just insults but physical violence as the Barcelona supporters expressed their anger by throwing Lighters, Bottles, cigarettes, and Pig heads at Figo.