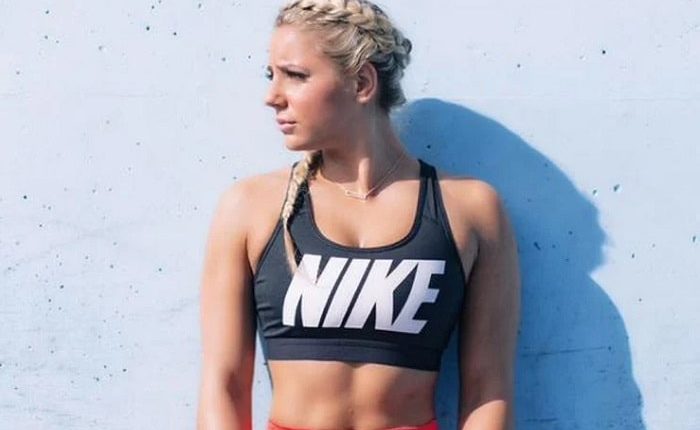 10 Most Beautiful Women Footballers In The World

Jonelle Filigno is a Canadian soccer player who made her International debut for Canada at the age of 17. She also represented Blue FC as an attacking midfielder and forward position. Jonelle was part of the 2012 Canada team to the Olympics when the team bagged the bronze medal after France beat them. She is one of the hottest and fittest women footballers in the world.

She has also been part of the 2008 Olympics and the 2011 and 2015 Fifa world cup. Filigno retired from international football in 2017. She is currently married to Russell Hopkins and has a son together.

READ: The 10 Most Handsome Football Players in the World

Hope is a retired Goalkeeper American footballer. She has considered one of the best keepers in the USA. Seattle Reign FC was the last football club solo was part of. She has almost 100 caps and participated in 3 world cups and 3 Olympics in her nation. The 39 years old Hope Solo, however, is only a number for her age.

Solo is at this age a shapely, beautiful goalkeeper. At the FIFA Women World Cup, she has been awarded the Golden Glove twice in 2011 and 2015.

The 37-year-old American footballer Ali Krieger plays for the Washington Spirit National Women’s League club. She is usually a midfielder and defender who joined the U.S. Women’s Football Team in 2008 and won the 2015 World Cup Gold. She contributed in 2008 to FFC’s leadership of Frankfurt in the UEFA women’s championship.

Melanie is 27 years old currently and plays for the women’s squad of FC Bayern Munich. In 2011 she was the captain of the EU-17 championship, reaching the half-final and losing in penalty shootings. Since 2011, she has been a member of the German National Team and earned the Rio Olympics Gold Medal. However, she could not win the European championship.

Another German on our list is none other than Selina Wagner, she is a professional German footballer playing midfielder for the SC Sand Soccer Club in Bundesliga.

She is one of the world’s finest and most gorgeous soccer players. In the final of the U20 Women’s World Cup, Wagner came on as an 88th-minute replacement against Nigeria, winning by 2–0.

Adriana is a 29-year-old Canadian professional footballer. She is a forward for the West Ham Football Club since 2019. She is also a member of the national soccer squad for women in Canada. Adriana formerly played with Seattle Reign, Boston Breakers, the Red Stars in Chicago, and West New York Flash. She was also part of Team Canada in the 2019 FIFA Women’s World Cup squad on 25 May 2019.

Laure Pascale Claire Boulleau is another French woman on the list. She is a retired football player who played for Paris Saint Germaine women’s squad. At first, she played as a defender, but she decided to play left-back after some time. She scored 15 goals and was listed as one of the world’s most successful players. Laure has competed on the French National Team from 2005 to 2016 in U20, U21, and the National Team.

The American player Alex Morgan is the ideal woman of every football enthusiast. Alex is one of the world’s finest female and beautiful soccer players. In 2008, she debuted for the U-20 women’s team and won the World Cup that same year. She is an Olympian Gold Medalist, FIFA Woman World Cup Champion, and plays in the National Women’s League as a pioneer of Orlando Pride.

She was the number one female soccer player to play together with Australian star Steph Catley and the Canadian Christine Sinclair, who appeared on the FIFA 15 cover. Moreover, for the two tournaments, Morgan has been selected the Dream Team as Silver Boot won in 2019.

A Dutch female soccer player Anouk Hoogendijk is a defensive midfielder and back to the Dutch Ajax Club for the last time. She joined Saestum in 2004 and hasn’t been active since 2017. She made a national team debut with the Dutch National Women’s Team on 6 August 2004.

On one FIFA Women’s World Cup and two UEFA Women’s Euro tournaments, she also participated in the team. Her attractiveness and beautiful face are also well recognized. She is playing at Ajax as an intermediate player. Hoogendijk is also an Instagram model with a wide range of admirers worldwide.

The German professional soccer player Julia Simic plays at the football club of West Ham United in the Women’s Super League Football Association. She also played throughout her young career for the German National Team. She made her come back in 2019 after a year recovering from a knee injury.

Julia has been a part of the UEFA Women’s Under -19 Germany team who won the Championship in 2007. Along with talent, Simic has also got looks and is considered one of the most beautiful women footballers. She was also in Women’s FA Cup Finalists in the 2018–19 season.