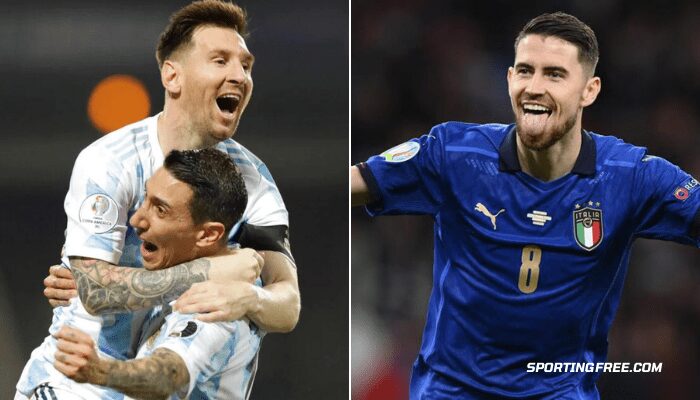 Rumours of the Maradona Super Cup have been fueled recently. The best of two continents to go against each other in a one-off match.

The winners of Copa America 2022, Argentina, could face the dominant Italian side who won the Euro 2022. The match is named the Maradona Super Cup and will be a one-off match. A match of this stature will surely excite the fans. Let us go into bit more details.

What Is Maradona Super Cup?

Maradona Super Cup is a rumoured match between the winners of Copa America 2022 and Euros 2022. Argentina, who got the better of Brazil on their home turf, will face Italy, who did the same with England in Wembley.

Which Teams Have Qualified For The Qatar 2022 World Cup And…

This will be one of the best ways to pay tribute to the evergreen Diego Maradona. He won the 1986 World Cup with Argentina and transformed Napoli at club level. Maradona is an Argentinian, but the Italians consider him as one of them. The match would be one of the biggest spectacles of football. Can CONMEBOL and UEFA work together and make it happen?

When will Maradona Super Cup – Argentina Vs Italy take place?

Every football fan wants to see this match happen. UEFA and CONMEBOL are aware of that and will try their best to make it happen. This can go on to become a major international trophy, where the winners of the 2 continents face each other.

The club football will start in less than a month, and the clubs of respective players want them present for pre-season. Many of the players are on vacation, making it hard to bring them together then train for a match of this stature.

The chances are very less but who knows, if not in summer, maybe in December we can see Maradona Super Cup come to life in front of a stadium full of fans of both nations.