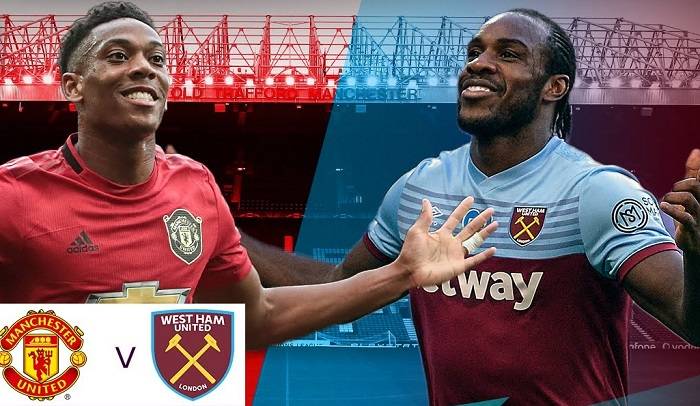 Manchester United vs West Ham: How to watch online or on TV from Anywhere?

An exciting matchup is set up for next week Saturday, 5th December between West Ham United and Manchester United. The last time both teams locked horns, the premier league match ended in a 1 – 1 draw at Old Trafford, featuring goals from Mason Greenwood and Michail Antonio. Here is how you can watch watch Manchester United vs West Ham live streaming via its app.

The game will be held at West Ham United’s home stadium, and United would be looking to capitalize their fantastic away form, winning 8 of their previous away matches which itself is a club record.

The Hammers would be aiming to beat United’s 100% away record this Saturday. Both teams had a rocky start this season already losing three matches each, but are in good form and excited to grab all the three points available at London Stadium.

Currently, Manchester United are just on the top half of the premier league table after a stunning comeback (2-3) against Southampton away, super-sub saving the match for Ole Gunnar Solskjær’s side by scoring a brace with his winning goal coming at the 92nd minute.

The devils are five points behind current league leaders Tottenham Hotspur. United Fans will be hoping to get a positive result against the Hammers and grab those vital three points.

Here’s how to watch Manchester United vs West Ham match live online and on TV. If you are United or Hammers fan and looking for all its live stream games on your phone, television, or tablet, then here are all the details to catch every single game.

The UK football fans can watch Manchester United vs West Ham game live on Sky Sports Premier League. If you have a Sky Sports subscription, then you can download the SkyGo app, available on the Google play store and Apple app store.

NBC holds the official broadcasting tv rights in the United States and all the matches of Manchester United and West Ham to be available on NBCSN.

You can also watch the live streaming of Man United on Fubo TV. The company gives a first-time user a free trial.

Football-crazy viewers in Australia can get the Optus Sports app that holds the broadcasting rights of the Premier League 2022 season.

Optus Sport app is available for the users through which they can catch the West Ham vs Manchester United live tv stream on a smartphone, PC, or tablet as well as on streaming services such as Chromecast, Fire TV, or Apple TV.

If you are a Premier League football die-hard fan and never want to miss a single game, then subscribe to the Optus Sports for AUS$15 per month.

Hotstar is available online for the Premier League fans via web browsers on your PC, iOS and Android phones and tablets users. You can also download the app from Google Play or the App Store, or you can watch West Ham vs Manchester United match’s live streaming on Chromecast, Apple TV, and other Smart TVs.