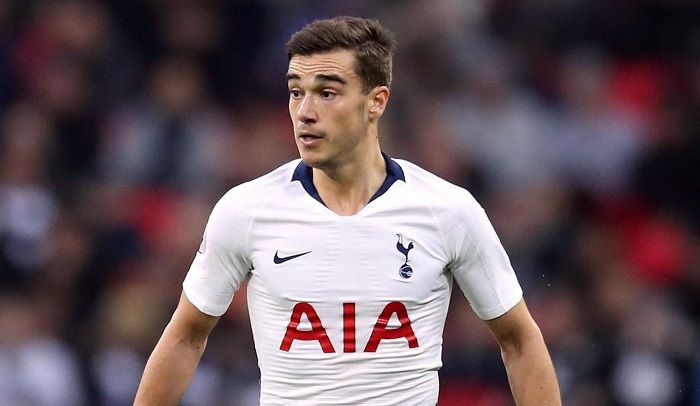 Manchester United have reportedly contacted Tottenham Hotspur over a shocking £25 million transfer of Spurs midfielder Harry Winks. United are looking to reshape its squad and add new players after releasing a few players for the coming transfer window.

The red devils started their season quite promisingly but their good form accounted for nothing as United recorded another trophyless season in 2022/21. They finished the season in second place behind the champions Manchester City.

United suffered in Europe as well as they ended up as the Europa League Runner up after losing to Villareal in the final.

The main problem faced by the Manchester club this season was the lack of depth in their squad, especially in the midfield. United was over-reliant on McTominay and Fred in the defensive midfield position. Inconsistent performance from the centre midfield meant that the red devils had to suffer many times and conceded many goals this season.

As the 2022 season approaches, Manchester United will be hoping to win some trophies this year and to achieve that have started scouting for defensive midfielders. In a completely unprecedented move, United have reportedly made contact with Spurs midfielder Harry Winks to sign him for £25 million.

This move is socking as Winks had limited exposure this season. The 25-year-old was not the first choice midfielder at Tottenham as Mourinho preferred new signing Hojberg over Winks.

He managed to record only 9 starts under his belt this season and his lack of game time and form cost him his place in the England squad for Euro 2022 as well.

According to StrettyNews, the talks between United and Winks are still in the initial stages and the news is yet to be confirmed.

Experts have commented and suggested that Harry Winks won’t be the right fit in the Manchester United squad and only the future will tell if the red devils actually sign him or not.