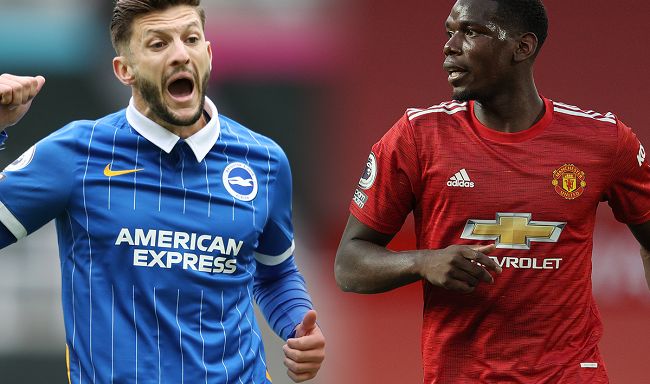 Brighton will be up against Man Utd in the Premier League game, Here’s how to watch Man United vs Brighton live streaming free on Saturday, April 4. Get a TV channel, how to watch online, news, and kick-off time details.

Manchester United will host Brighton and Hove Albion this Sunday at Old Trafford who is on back-to-back wins to save themselves from relegation. The Albions will try to get three consecutive Premier League wins for the first time since October 2018 while United will try to keep five consecutive clean sheets in the league for the first time since August 2017. Due to coronavirus restrictions, a limited crowd will be allowed but you can watch on tv channel as well as Man United vs Brighton live stream online options are available for the fans.

The visitors have never won against the Red Devils in Old Trafford with two draws and ten losses and losing each of the last six fixtures.

The match between Manchester United vs Brighton will take place on Sunday, April 4 and the live coverage will air on BT Sport. To watch the game, you will need subscription of BT Sport and in case you do not have then sign up for BT Sport at £25 per month. Non-BT subscibers can also buy BT Sport’s Monthly Pass.

UK football fans can also watch the match on NOW TV without signing up as BT Sport is now available on the app. The streaming service support all the digital platforms available including smart TVs, computers, phones and consoles.

How to Watch Brighton vs Man Utd Live Streaming in the US & India?

In the US, NBC Sports will show the Premier League game between Man United vs Brighton live stream online as well on TV (NBC Sports, NBC Sports Gold and NBC Sports Live Extra). Spanish coverage can be watched on Telemundo Deportes.

If you want to watch the game without any geo-restriction and in a cheap way then go for VPN and the best is ExpressVPN which is risk-free and gives a 30-day money-back guarantee. ExpressVPN support all devices such as Windows, Mac, Android, and iOS, PLUS apps, Linux, Android TV, Amazon Fire TV, Chrome, Firefox and more.

The Hosts are having a tough time off the field as the injuries keep piling up. Marcus Rashford and Mason Greenwood are both expected to be back in the squad after being pulled out of their respective Senior and U21 Squads of England National team.

Antony Martial who recovered just from a Hip injury was withdrawn in the win against Kazakhstan with an injured Knee. Juan Mata and Phil Jones will be the other absentees but will not be missed much by Ole.

Graham Potter will miss the services of Solly March and Aaron Connolly in the attacking end of his playing eleven.

The Seagulls have faced Red devils on only seven occasions since the Premier League initiated in 1992 where hosts won on five occasions including the 3-2 win in the reverse fixture earlier this season. The visitors have won on two occasions as no matches ended in a draw.