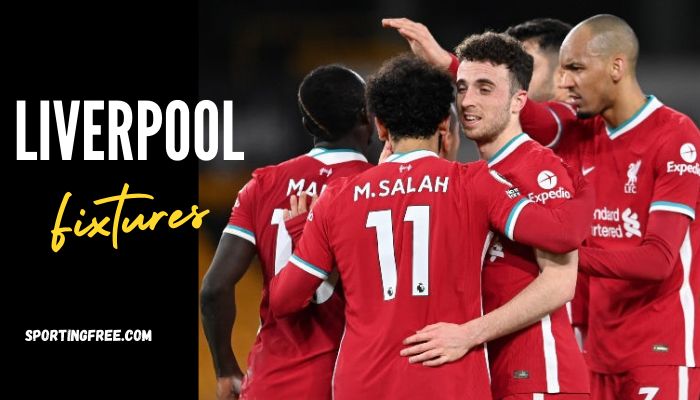 Liverpool Premier League fixtures for the 2022-22 season is released, Merseyside Derby to be played on November 30 and April 23.

Liverpool, one of the most decorated Premier League teams in the world. The 2022-21 season did not end the way the fans and players would have hoped, finishing 3rd place. The 2019-20 Premier League Champions started off the season quite well but eventually fell off. Klopp complained about the crowded fixtures, so let’s see Liverpool fixtures 2022/22 for the upcoming Premier League season.

Liverpool will be starting their campaign against the newly-promoted side Norwich on August 14th. Liverpool will travel to Carrow Road for the opening fixture, an away win on an opening day will boost the team’s confidence. After Norwich, Liverpool will be back at Anfield to host Burnley a week later.

Chelsea will visit Anfield on the third match-day, which is the 28th of August. The winners of the past two Champions League will go head-to-head to challenge for the title. The match against Chelsea will be the highlight of game week 3.

After a comparatively easy September, with matches against the likes of Leeds United, Crystal Palace and Brentford. The Reds will host Manchester City on the 2nd of October 2022. The Premier League winners will travel to Anfield in search of an important win.

After the Champions are dealt with, the Red Devils will play host to Liverpool on the 23rd of October. Manchester United, who finished 2nd and went trophy-less in 2022-21, will look to challenge City and Liverpool for the title with their new signings.

The first Merseyside Derby of the new season will be played on November 30th at Goodison Park. Everton will be with Rafa Benitez, who will look to get the better of his former team. He won UCL with The Reds but will want an important Derby win over them.

Before Everton, Liverpool will face Arsenal on 20th November, at home.

Liverpool will end the year with three big matches. First against Tottenham on 18th December, followed by a home game against the mighty Leeds on Boxing Day. Liverpool will end 2022 with a trip to King Power Stadium to face Leicester City.

On 1st January 2022, Liverpool will travel to Stamford Bridge to face Chelsea again. This marks the end of 1st leg of fixtures for Liverpool with few big ones to start the 2nd half of the season.

Will Liverpool manage to win the Premier League again, or will the fans have to wait one more season? Marks the dates of Liverpool fixtures.