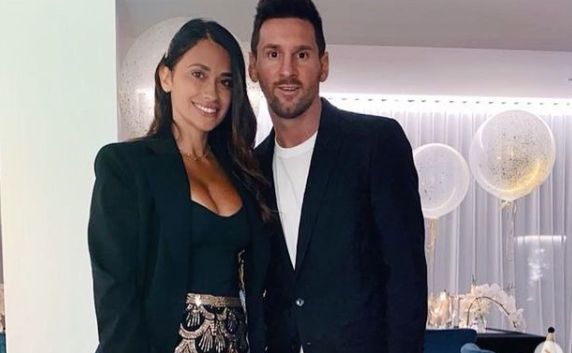 Lionel Messi wife Antonella Roccuzzo: Everything We Know About Her

You undoubtedly heard about Lionel Messi if you’re a football enthusiast. The 33-year-old Argentinean is considered among the G.O.A.Ts in the game. The footballer is married to his sweetheart in his childhood. The world always excited to get the news about Messi, whether it’s on or off the field. Football fans love to know about Lionel Messi’s wife, Antonella Roccuzzo and his children.

Here we will reveal everything you need to know about Lionel Messi’s wife, Antonella Roccuzzo.

On 26 February 1988, Antonella was born into a family of Roccuzzo in Rosario, Santa Fe, Argentina. Her dad was an entrepreneur, and her mother a homemaker. She has two siblings, Carla and Paula.

Antonella studied odontology before moving towards social communication at the University of Argentina and then transferred to Leo Messi in Barcelona. She is a model and dentist. She eventually finished my studies and settled with Messi in Spain.

Antonella has done few movies and is an Instagram model with over 13.5 million followers. She often shares pictures with Messi and her kids showing her affection towards them.

Antonella and Messi both grew up in the same town of Rosario, Argentina. The couple knows one another for over two decades. Messi was close pals with Antonella’s cousin brother Lucas Scaglia who was also a soccer player.

The superstar met Antonella through Lucas. Messi began spending a lot of time with Lucas after their initial encounter to become closer to Antonella.

Lionel was a keen writer of letters during his childhood, and he has written for Antonella numerous letters. Messi fell hard for her, but sadly, once Messi Father relocated his family to Barcelona to continue his football career, the pair was separated.

It is said that once Messi relocated to Spain, Antonella dated another man. After the terrible loss of a friend of Antonella’s in a road accident, Messi and Antonella reconnected. Messi went to Argentina to console Antonella after learning of the death.

That’s when Antonella gave Messi another change and dumped his boyfriend of that time. Her Ex-boyfriend felt sad about the breakup, but he said he was dumped for Football star Messi and not for any random older man.

Before marrying his childhood sweetheart, Lionel dated two girls Luciana Salasar and Macarena Lemos. The lovely pair got engaged in a private ceremony in 2010 and were married in 2017 following two years.

In their hometown, the event was held to pay tribute to their numerous memories. 200 people guarded the site where the celebration took place, as celebrities from across the globe came to see the blessed union. Rather than presents, they asked the rich to donate to the Leo Messi Fund.

The football giant Messi and his wife have been blessed with three boys Thiago, Mateo and Ciro. Messi and Antonella welcomed their first child, Thiago Messi, on the 2nd of November. He’s Lionel Messi’s eldest son. Born in Spain’s Dexeus Hospital. Thiago is interested in football, just like his dad Messi.

The couple had their second kid, Mateo Messi, in Barcelona on 11 September 2015. Among Barcelona fans, Mateo Messi is highly renowned. He caught the attention of everybody with his quips several times.

On 10 March 2018, Ciro Messi was born in Spain, the youngest boy of the couple. Ciro Messi is the only child born after the couple got married in 2017.

Messi even has the name of his firstborn inscribed tattoo on his left thigh.