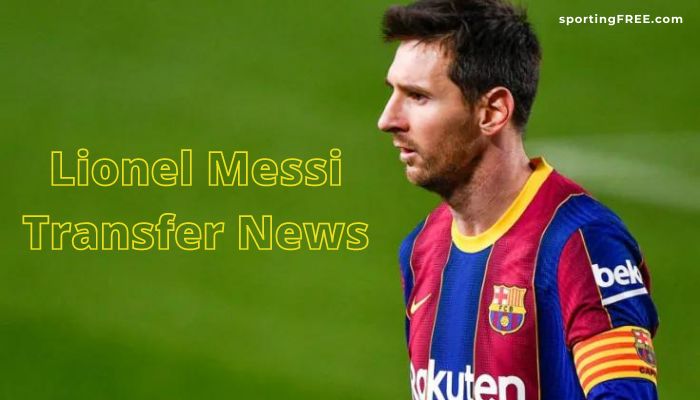 Lionel Messi Transfer News: FC Barcelona is desperate to sign the Dortmund striker Erling Haaland over re-signing Lionel Messi, according to reports. Barca has a tight budget, either they can sign Haaland for a massive transfer fee or re-sign Messi. There is a high probability that Messi would not be seen again in Maroon and Blue colours.

The 2019-20 season was the worst for FC Barcelona as the club ended the season without winning a single trophy and without any major achievements. Frustration and anger were visible not just on the fans but also on the player’s faces. The biggest shock came when their captain and talisman Lionel Messi announced his desire to leave the club. However, the latest Lionel Messi transfer news tells another story, positive talks are going on between two sides.

The rumoured news about Messi moving away from Barca led to a long fiasco regarding Messi’s future with the Catalans as a move to Manchester City seemed pretty imminent. He was almost set to join Man City when Bartomeu the then president of Barcelona, declared it would cost any club £625m to sign him as one year was still left on his contract. Messi half-heartedly announced that he would be staying at the club to see out the final year of his contract.

But as the 2023-21 season is now reaching its conclusion, Barcelona is doing everything in its power to keep Messi at the club. Presidential elections were held by the club which saw them welcoming back Joan Laporta; a fan and player favourite president and parting ways with Bartomeu. Laporta is a personal favourite of Messi and his arrival might influence Messi’s decision on his future.

If Barcelona are to keep Messi at the club, they will have to fulfil his expenses and costs. The 6 time Ballon d’Or winner is the highest paid footballer currently with a weekly wage of £2.1 million and annual salary of £108.2 million. Barcelona has a mounting debt of around €1 billion which will make it difficult for the club to provide Messi’s wages.

Hence to find a midway, Barcelona is set to offer Messi a new contract which will see him at the club beyond his playing career. This new 10 year deal will see Messi at the club until 2031 at least. As Messi showed an interest in playing in the American league MLS, this deal will see him remain with Barcelona for a short-term and allow him a stint in America.

After he retires, the lengthy deal will see Messi return to Camp Nou as a club ambassador and executive. Messi wants to win the Champions League one last time and he is ready to take a pay cut if that helps to fund new payers who will help the club win the trophy.

Thus, with only less 9 weeks left in Messi’s contract the world is waiting to see if he agrees to the deal and signs the contract.