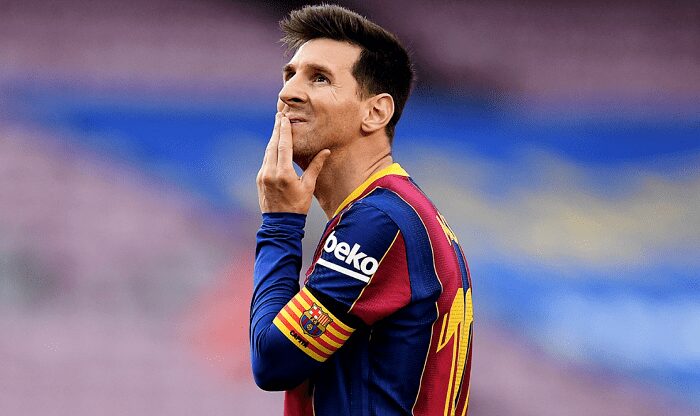 Lionel Messi’s Next Club: The news that Lionel Messi is leaving Barcelona has only just broken the internet. Yet top European clubs are all over him to get him to sign for them. PSG have reportedly put an “Unbeatable” offer on the table for the 6 time Ballon d’Or winner.

This offer results from months of hard work and talks that started when the first cracks in Messi’s relationship with Barca appeared. The Parisian club emerges as surprise leaders, though, as most people thought Messi would link up with former manager Pep Guardiola at City.

Messi also shares close ties with many PSG players, Neymar, one of his best friends and Angel Di Maria, to name a few. The players have also played a part in getting Messi to sign for the club. They were recently even seen on holiday together.

PSG’s current squad boasts an array of world-class players. The club has dominated the French league for the majority of the past decade. The only trophy that eludes them is the UEFA Champions League. The club must be hoping the talents of Messi will finally help them secure the trophy.

According to the source, The Parisians are so confident in the deal’s viability that they’ve already contacted the LFP to schedule his contract signing. To add fuel to the fire, there are rumours that PSG has booked the Eiffel Tower for the 10th of August. Could this be for another signing announcement like they did for Neymar in 2018?

Messi and his entourage continue to be tightly lipped about the Argentine’s future. With the season to start soon, the transfer saga of the world’s best player will have to come to an end quickly.