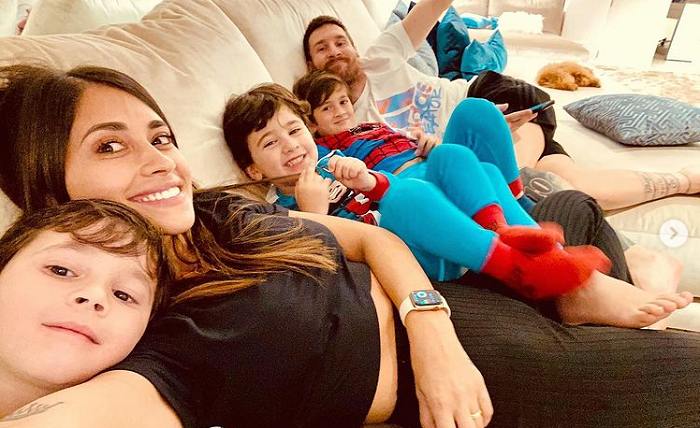 Lionel Messi Children: All You Need to Know About Thiago, Mateo, and Ciro

Lionel Messi is without a doubt one of the two greatest players in the history of football. Besides having a phenomenal career, Messi also excels when it comes to his private life. He is married to Antonella Rocuzzo, his childhood friend and long time girlfriend. The couple married in 2017 and have three children, Thiago, Matteo and Ciro. Their eldest son Thiago was born in November 2012, Matteo was born in September 2015 and his youngest son Ciro was born in March 2018.

The 6-time Ballon d’Or winner has been playing at FC Barcelona since 2000 making his first-team debut in 2004. Messi has spent his entire career with the Catalans and has transformed from a rookie teenager to a legend of the club and football. The Argentine has played 791 matches and scored 682 goals giving him the title of Greatest of All Time.

Messi has a great relationship with his children and his two sons are frequently spotted at Camp Nou supporting their father. Both Thiago and Matteo are enrolled in Barcelona’s youth academy and go there to develop their footballing skills and possibly have a career in football just like their father.

The GOAT revealed that there is no pressure or compulsion for his children to become footballers. Matteo, Messi’s second son is quite interested in football. At the young age of 6, he shows an understanding of the game and is a right footed player.

Still at a very young age, Messi’s sons have a great future ahead and the world awaits to see if anyone of the three make it to the big stage of football just like their father.

How many sons did Messi have?

What is Thiago Messi’s age?

What is Thiago Messi’s net worth?

There is information about the exact Thiago Messi’s net worth but according to some reports, it is speculated around $1 million dollars. But it’s not officially confirmed nor has any source of income.

Is Thiago Messi good at football?

Messi revealed in an interview that Thiago is not much interested in football. He goes to Barcelona matches only to meet his friend Luis Suarez’s son and his other classmates. He likes playing with toy cars, motorcycles and other toys.

Who is Messi’s youngest son?

Messi’s youngest son and Thiago’s younger brother, Mateo can always be spotted in the crowd cheering her father with mother Antonella Roccuzzo.

Does Messi have a daughter?

Lionel Messi and his wife Antonela has given birth to three adorable sons – Thiago, Mateo, and Ciro.