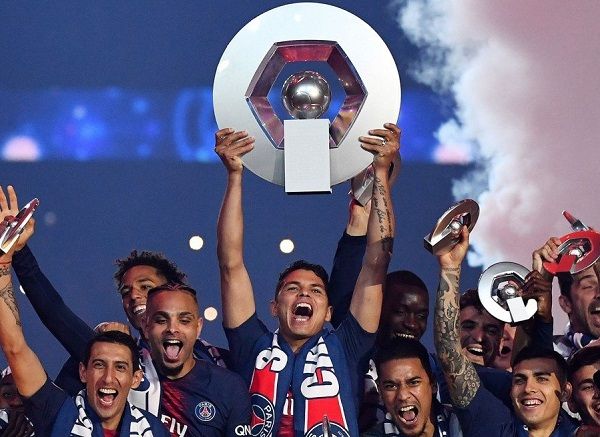 Ligue 1 is the top flight league of French Football and constitutes the top 5 best leagues across Europe. Ligue 1 has some great football teams competing in the league with the likes of Paris Saint Germain, Marseille, Lyon. Irrespective of the fact that the French league is not as popular as the other European leagues, it still has a considerable amount of fan following. While the Ligue 1 prize money had been raised considerably over the past decade, the Covid-19 impact the league’s business in 2023-2021.

The covid pandemic situations have struck the finances everywhere and the French League is the worst affected league. Unlike other leagues who postponed their remaining fixtures of the 2019/20 season, Ligue1 decided to stop the league midway and crowned PSG as champions.

The French league has incurred a loss of  €1.3Billion in the current season with PSG being the club with the most losses of 200 million euros. And to make it worse the league’s deal with MediaPro for broadcasting fell out after MediaPro failed to pay 172Million Euros.

The total losses per team are €65 million. The absence of fans is amounting to losses of €400 million. With all this in consideration, the prize money and the finances for the Ligue 1 are going to be low as compared to other years.

The prize money of Ligue 1 was around €579 million in recent years, but the estimated cost for 2023 would be lower than €579 million because of the financial drain. Ligue 1 TV money is distributed according to the 50-30-20 rule. 50% is equal share; 30% is league standing and 20% is media profile.

Dijon and Amiens earned just €19m. Thus, the French league is in financial disarray and the struggles continue for them.

The Ligue 1 prize pool is half of the Serie A prize money and a quarter of the La Liga, which has a total prize fund of €1.85bn. Among all the European football leagues, Premier League has the highest prize money of €2.7bn