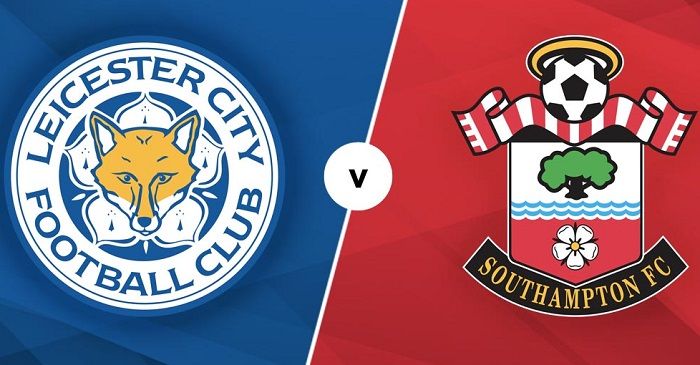 The last spot for the FA cup finals is set to be decided as Leicester city face Southampton at Wembley Stadium for the second semi-final today, 18th April 2022. The winner of this tie will face Chelsea who progressed to the final after defeating Manchester city 1-0 in the first semi-final. The FA cup final is set to be held on 15th May 2022. Watch Leicester City vs Southampton live stream free today FA Cup semi-final online and on TV channel, here’re details.

Leicester city enters the tie after seeing off Manchester United in the quarter-final. The foxes put 3 goals past United’s defence including a brace by the resurgent Kelechi Iheanacho. Southampton had a comfortable 3-0 victory against Bournemouth in the quarter-finals.

This victory meant that the Saints have kept 4 consecutive clean sheets in the cup competition adding to the previous clean sheets against Wolves, Brighton and Arsenal.

The overall form of both teams tells a contrasting story. Leicester city has performed well in the Premier League overall and are in contention for a top-four finish this season and currently stand 3rd in the premier league table.

The past few weeks have been concerning for Leicester as Brendan Rogers’ side was knocked out of the Europa league by Slavia Prague. They enter the semi-final with a background of two massive setbacks right after their FA cup triumph over United.

The foxes were defeated by table-toppers Manchester City 2-0 at the King Power Stadium. This defeat was followed by a shocking result as West Ham went 3 goals up against them just after half time. Two late strikes from Iheanacho proved to be insufficient as Leicester lost the game 3-2.

Southampton have a very inconsistent form overall this season. They enter the semi final after a 3-0 defeat by relegation strugglers  West Bromwich Albion. The saints have lost 3 out of their last five Premier league matches including a 5-2 thrashing against Man City. They are 14thin the table just above the relegation zone with 36 points and have a goal difference of -17.

Their head to head form suggests that Leicester city has an edge over Southampton. The teams have faced each other 16 times across all competitions out of which Leicester has won 8, drawn 4 and Southampton have won just 4 against the foxes. In their last 3 face offs, Leicester has won twice which included a 9-0 thumping of Southampton at the St. Mary’s stadium last year.

Leicester city will be able to call back James Madison, Ayoze Perez and Hamza Choudhury for selection after the trio were dropped for the Premier league game against West ham for breaching the corona virus protocol.

Turkish internationals Cengiz Under and Caglar Soyuncu might join the squad as well. Soyuncu has recovered from the corona virus whereas Cengiz Under is fit after suffering a hamstring injury. Brendan Rogers will be without defenders James Justin, Wes Morgan and winger Harvey Barnes who are still injured.

Southampton will be without Michael Obafemi, Oriol Romeu and Will Smallbone who are injured. Takumi Minamino, the Liverpool loanee will be unable to feature for the saints having played for his parent club in the competition.

In the UK, the match can be viewed on the BBC iPlayer and The BBC one network for free. The FA Cup semi-final clash between Leicester City vs Southampton live streaming available online on BT with the new £25 monthly sports pass.

The television rights in the UK is with BT Sport 1, they will have Leicester City vs Southampton live coverage from 6pm BST.

The FA cup Semi-final will be broadcasted on Sony Ten 1 channel in India. It can also be live-streamed on the Sony Liv app with a subscription.

Watch Leicester vs Southampton live stream online in the USA

In the USA, the games will be available on the ESPN+ streaming service. The live streaming of Leicester City vs Southampton will be shown on its ESPN Plus streaming which costs $5.99 per month. The service supports mobile app, smart TV, Amazon Fire TV, Roku, PS4 and Xbox.

How to live stream Leicester City vs Southampton outside your country

Football fans who have a subscription but unable to watch the FA cup Semi-final games due to geo-blocking restrictions or just went for vacation outside your country then just get the VPN. VPN will allow you to watch the content without any geo-restrictions from anywhere in the world.

The virtual private network (VPN) will allow you to watch Leicester City vs Southampton live stream from any part of the world in a cheap and legal way. One of the best VPN is ExpressVPN (Recommended). It is available on all devices including iOS, Android, Amazon Fire TV Stick, Apple TV, PlayStation 4 and Xbox One.