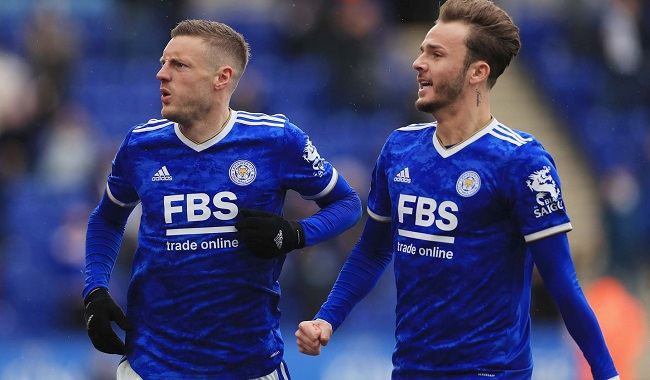 Leicester City announces a new front-shirt sponsorship deal with an online trading company, FBS for the next three years.

FA cup winners and Premier League club Leicester City has secured a record shirt sponsorship deal with the global online trading company FBS. Here’s everything you need to know about the deal.

The foxes flaunted their new jersey for the first time on the last matchday of Premier League during the 4-2 defeat against Tottenham. The jersey had FBS as its sponsor rather than King Power who were the sponsors of Leicester until the 2022/21 season.

FBS, which is one of the world’s fastest-growing financial services company will now become Leicester city’s new principal partner from the 2022/22 season onwards. According to sources and reports, FBS has agreed on a deal that will last for a period of three years.

The financial terms and aspects of the deal are yet to be announced officially but Leicester City has described this deal as a ‘record’ partnership.

FBS joins Adidas, beer brand Chang, logistics company DHL and betting operator Parimatch in Leicester’s sponsorship roster. Brendan Rogers’ side will build an awareness of FBS’ technology and trading services by placing the company on the front of other key media outlets. FBS has over 16 million customers worldwide and operates in almost all countries globally.

Yulia Ivanova, chief executive of FBS, said the deal will “significantly expand our brand positioning” and help the company to “market our comprehensive solutions portfolio to all customers globally.

We are extremely proud to partner with Leicester City and to be part of the club’s story in the years to come”. FBS will be the main shirt sponsor of the foxes for 3 years beginning from the 2022/22 season.

Leicester City’s rise in the last few years has been remarkable as the club is steadily growing to be one of Premier League’s big 6 clubs. Brendan Rogers’ side was triumphant recently after defeating Chelsea 1-0 to win the FA cup.

Why Do Elite Athletes Have Gambling Problems

What Do Gamers Really Want at an Esports Event?

How to Start With Sports Betting Safely in 2022