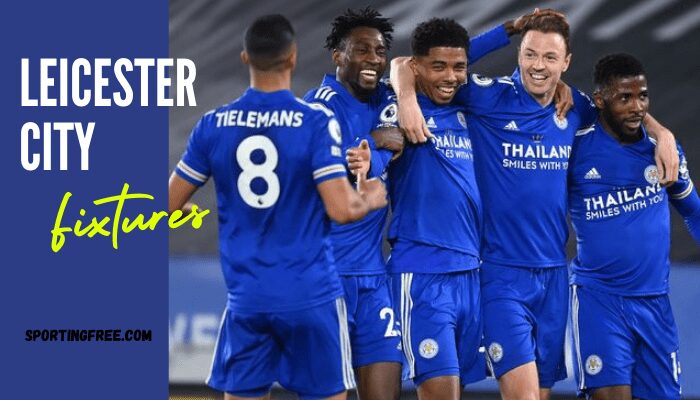 Leicester City Premier League fixtures for the 2022-22 season is released, will The Foxes be able to land a Champions League spot.

Leicester City is one of the loved Premier League teams in recent time. The 2022-21 season did not end in their favour, missing out on the UCL spot on the final match-day. Brendon Rodgers will be desperate to finish in the top 4 and go deep into Europa League. Let us see Leicester City fixtures 2022/22 for the upcoming Premier League season.

Leicester City will start their campaign at their home, King Power Stadium, against Wolves. Brendon Rodger’s side missed out on the top 4 finish in a similar fashion like the 2019-20 season. Foxes will be looking to have a winning and strong start to the campaign.

Leicester will host the Premier League Champions on 11th September. Last season both the fixtures against Manchester City entertained the fans. On 16th October, The Foxes will face Manchester United, another cracker of a match.

The Gunners will be visiting King Power on the 30th of September. Followed by a visit to Leeds for Leicester City.

West Ham will be the 1st London club to play Leicester on 23rd August. The Foxes will travel on 2nd October to face Crystal Palace, who appointed a new manager in Patrick Viera.

The UCL winners, Chelsea, will test Leicester on 2oth November. The last, Tottenham will visit King Power on 14th December.

The month of December brings tough fixtures for The Foxes. They will play Everton away on 18th December and Boxing Day, Manchester City away from home. It does not end there for Leicester as they host Liverpool on 28th December, the final fixture of the year.

New Year brings some relief as they take on newly-promoted Norwich City on New Year’s Eve. Can The Foxes manage a top 4 finish along with Europa League, it will be a tough task but would be an interesting campaign.