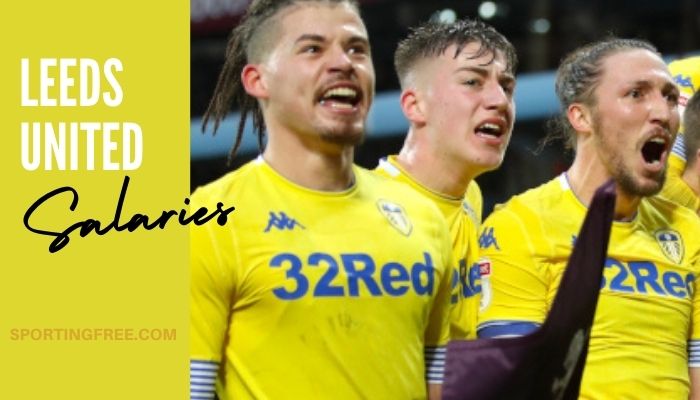 Leeds United will play their second consecutive Premier League season as they enter the 2022/22 campaign. Leeds was the most impressive promoted team last year and finished their season at 9th place above the likes of Everton and Wolves. Leeds United players salaries are likely to be increased after the great show last season.

Considering the talent present in the Yorkshire based club, the fees and salaries are relatively less. Here’s Leeds United’s weekly wages list.

Who is the Highest Paid Player in Leeds United?

Rodrigo Moreno is the highest-paid player at Leeds. The Spanish striker joined Leeds last season from La Liga club Valencia. Rodrigo has a weekly wage of £100,000 and an annual salary of £5,200,000.

After a successful season in the Premier League in 2022, Marcelo Bielsa will now be aiming to give Leeds a Top 5 finish and a place in European tournaments in the upcoming season. Leeds have made some developments to their squad ahead of the 2022/22 season.

Barcelona full-back Junio Firpo has joined Leeds United in the ongoing summer transfer window. The 24-year-old left-back joins Leeds on a 5-year deal. Jack Harrison has converted his loan move from Manchester City into a permanent deal. The Winger will continue to dazzle in Leeds United’s attack.

Leeds United will kickoff their 2022 Premier League season on 14 August 2022, away to Manchester United.