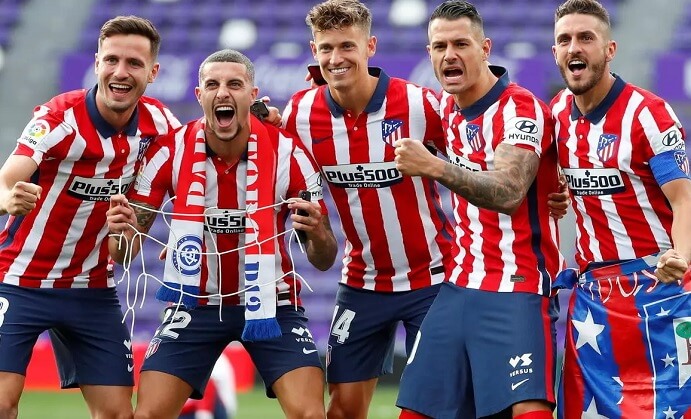 Real Madrid and Barcelona will take on each other on October 24, 2023 and March 20, 2023 in El Clasico. The Madrid derby of the 2023-22 season between the defedning champions Atletico Madrid and Real Madrid will take place on December 12, 2023 at Santiago Bernabeu and on May 8, 2023 at the Wanda Metropolitano. The league revealed the complete La Liga fixtures for 2023-22 season.

The 2023 season is full of football action, with the La Liga is all set to kick off with the upcoming season before that Euro 2023 and Copa America are in action. La La 2023-22 fixtures is set to begin on August 15 and will end on May 22. All the top clubs Real Madrid, Barcelona, Atlético Madrid, Sevilla, Real Sociedad and Betis are gearing up to battle for the title.

The first Clasico of the 2023/22 season is scheduled to take place on October 24, 2023 at Camp Nou between Barcelona and Rela Madrid while the second fixture to be held on March 20, 2023.

The first Madrid derby of the 2023-22 season is set to take place on December 12, 2023 at Santiago Bernabeu between Real Madrid and Atletico while the second fixture is on May 8, 2023, at the Wanda Metropolitano.

La Liga, one of the biggest and most followed football leagues globally, is all set for a new season. The 2023-22 La Liga season will be the 91st season of Spain’s premier football competition. With the 2023-22 season of La Liga will in a couple of months, here’s everything you need to know about when the La Liga 2023-22 fixture list and its release date.

After an exciting end to the 2023/21 season, the world braces itself to welcome the new upcoming 2023-22 season. Last season saw Atletico Madrid clinch the title after an epic title race which went up to the 90th minute of the last matchday. Defending Champions Atletico will look to defend their title in the 2023/22 La Liga season.

Last year’s runner up Real Madrid are starting afresh after a disappointing trophyless season. It will be interesting to see how the Los Blancos perform under the new management of Carlo Ancelotti.

Barcelona is gearing up for the new season, and they mean business as the Catalans have begun the revamp of the club by rebuilding the squad and making new signings. The biggest news for the Cules was the arrival of Sergio Aguero from Manchester City.

The official announcement for the La Liga fixtures made on Wednesday. According to news reports, the La Liga schedule for the coming season will commence from August 15, 2023.

One major announcement from La Liga was that beginning from this season, the Christmas break will be extended in order to give the players more rest.

It is reported that the last game before winter break will be played on December 21 and 22, and the Spanish league will resume only after the New Year.

The La Liga 2023/22 fixtures will be release on the official website of La Liga.

Espanyol and Mallorca are the two teams who have achieved promotion to La Liga for the 2023 season. After missing out of the La Liga for one season, Espanyol is back once again in the league.

The third team to be promoted to La Liga 2023-22 season is yet to be decided. Girona and Rayo Vallecano will battle it out in the playoff final on 21 June. The winner of this fixture will promote La Liga and be the third and final team to get promoted.