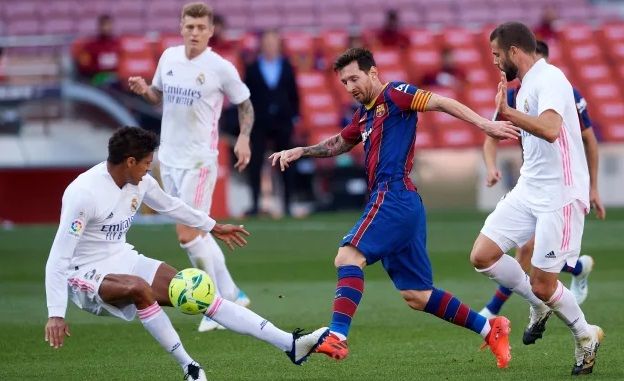 The top tier of Spanish football, La Liga 2022-22 season, is all set to kick off on August 15 with the opening week fixtures. La Liga has some of the worlds biggest clubs with worldwide fan followings. After Viacom18’s MTV and LaLiga tv rights deal, Indians fans can watch La Liga 2022-22 live streaming online and telecast on TV channels.

Last year, Atletico Madrid broke the so-called Barcelona-Real Madrid duopoly in Spain. Los Blancos, as well as the Catalan club, will be looking to bounce back to claim the title this year around. Atleti’s goal for the season will be to defend the title they clinched on the final day of the previous season.

Real Madrid will face Alaves in their first game of the 2022-22 season, while Barcelona will face Real Sociedad. Atletico Madrid will begin their title defence with an away fixture against Celta Vigo.

While LaLiga was streamed in India by Facebook during the 2022-21 season and was not broadcast on television, this will not be the case in the 2022-22 season.

Viacom18 Media have secured the rights to stream LaLiga in India for the next three years. La Liga will live telecast exclusively on MTV in India, and certain national and regional network stations and live streaming will be available on the Voot and Jio platforms, thanks to rising Worldwide’s backing.

*On Voot/Jio TV, you can watch every 2022-22 LaLiga match live online. Not all matches may be aired on MTV.