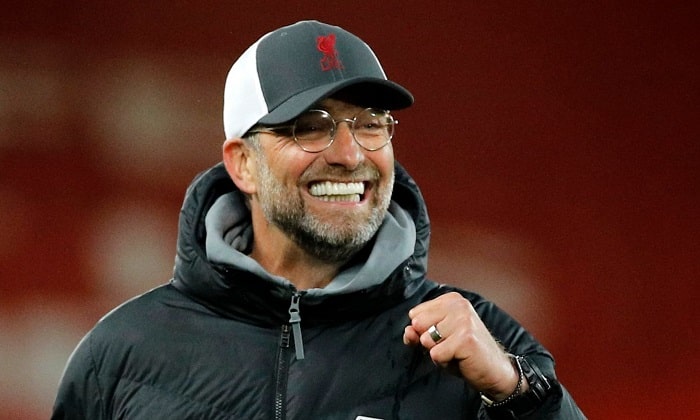 Jurgen Klopp is considered one of the best and impressive football managers of current times. The former German football player turned manager has developed himself into an elite manager and tactician. According to reports, the current Liverpool manager Jurgen Klopp has a net worth of £40 million.

Reports suggest that Jurgen Klopp’s net worth is around £40 million in 2023. He is one of the well-known managers and is paid excessively.

Klopp is currently the eighth highest-paid football manager in the world. His salary has increased significantly ever since joining Liverpool in 2015. Jurgen Klopp has a salary of around £10.5 million per year.

Jurgen Klopp has brand endorsement deals with various companies like Opel, Erdinger, VR-Bank, Snickers, Deutsche Vermogensberatung. He previously had a deal with Puma.

Klopp signed a deal with Adidas in 2023 and is the brand ambassador of the brand. Reports suggest Klopp’s endorsements alone bring him earnings of around £6.7million per year.

Jurgen Klopp is the brand ambassador of a German anti-racism campaign called Respekt!. He frequently donates to numerous cancer charities and NHS in England.

Jurgen Klopp had a relatively unsuccessful playing career. Klopp is a better manager than he was a player. Klopp played his entire football career in Germany. He played professionally for Mainz from 1990 to 2001. He played more than 300 matches and scored 50 goals in his decade long career.

Klopp took over his first managerial stint with his boyhood club Mainz immediately after retiring from the club in 2001. He showcased his managerial abilities as he successfully managed Mainz to promote Bundesliga within three years of his arrival. Klopp managed Mainz from 2001 to 2008. He resigned from the club after the 2007/08 season.

After attaining success in Germany, Klopp finally made a switch as he joined Premier League as the new manager of Liverpool. Klopp has been at his highest ever since joining the club. His arrival has had an impactful influence. Klopp guided Liverpool to consecutive Champions League finals and finally won the trophy in 2018/19. He fulfilled Liverpool’s dream of winning the Premier League title after 30 years as he won the title in 2019/20.