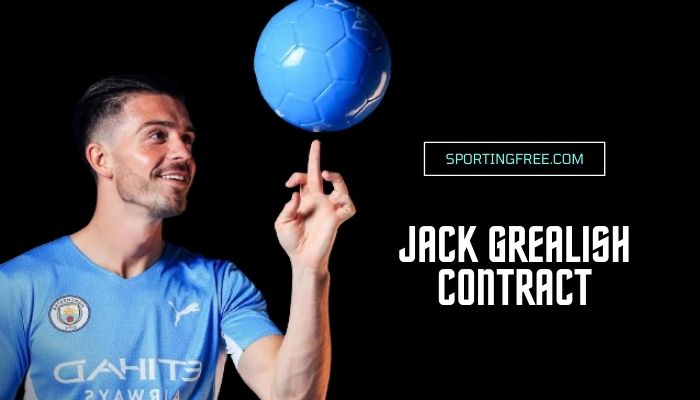 Manchester City has secured the signing of Aston Villa captain Jack Grealish. The £100 million price tag makes him the most expensive player in the Premier League. Grealish’s move to the blue side of Manchester eclipses Paul Pogba’s move to United in 2016 as a British record. Let’s know more about Jack Grealish salary, transfer fee and contract with Man City.

Grealish had been at Aston Villa since the age of six and is a boyhood Villa fan, but it was time for him to move on. Since making his debut for the club in 2014, he has slowly gone on to become the clubs’ captain and main talisman. He has had significant interest in him since Aston Villa’s promotion to the Premier League in 2019. His performances in Villa’s first season back had most English clubs chasing after him for his signature.

There was major interest from Manchester United, Manchester City, Arsenal and other clubs. His performances in the 2023/21 season heated up the interest in the 25-year-old. In the end, it was City who flexed their financial Muscle and secured his signature for a British record of £100million. He is the Manchester club’s first  £100 million signings and will probably not be the last.

Jack Grealish is set to put pen to paper on a 5-year deal. He will reportedly earn an eye-watering  £300,000 a week, making him one of the leagues highest earners. This would also make him the joint second-highest earner at City alongside fellow England international Raheem Sterling.

Jack Grealish has got a lot of backlash from Villa fans for his move, but he ultimately believes it was the right time for the next step in his career. Grealish is all set to win trophies at his new club and grow as a player under the tutelage of Pep Guardiola.