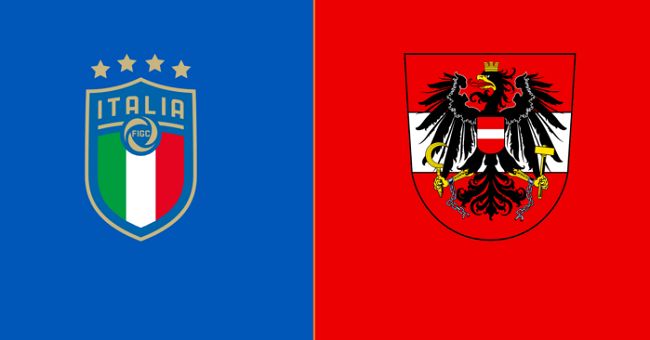 Italy vs Austria live stream: How can I watch the Euro 2022 Round of 16 game online or on TV

Italy is scheduled to face Austria in the second match of the Round Of 16 Stage of Euro 2022. Italians are one of the favourites to win the tournament and will look to extend their winning run in Euro 2022 against Austria. There are multiple ways to watch Italy vs Austria live stream tonight’s fixture of Euro 2022, make sure you know each of them.

Roberto Mancini will start a full-fledged squad after resting 8 players in the group stage match against Wales. Italian Captain Giorgio Chiellini is back in training but his participation against Austria is doubtful. Right-back Florenzi is also a doubt against Austria.

Marco Verratti will most likely feature against Austria after playing full 90 minutes against Wales. He will most probably start on the bench.

Austria has an injury scare as their forward, Christoph Baumgartner suffered a head injury after scoring the decisive goal against Ukraine.

What time does Italy vs Austria kick-off?

Where to live stream Italy vs Austria Euro 2022 in the US?

Italy vs Austria will kick off at 3 PM in the USA, and Soccer fans can watch the match on the ABC TV channel. The Euro 2022 Round of 16 game will stream online on fuboTV, ESPN APP, Univision in the United States.

The viewers in the United States also have the option to watch Italy vs Austria live stream soccer game for free by using ExpressVPN through ITV Hub coverage.

Italy vs Austria live streaming – How to watch in the UK, India?

Fans in the UK can watch Italy vs Austria on either BBC network or ITV. The live streaming of the Euro 2022 match can be watched on the official website or on BBC iPlayer app.

Italy was the first team to secure qualification to the knockout stages in Euro 2022 and the Azzuris did so in an amazing fashion. The Italian team is in its best form ever and has extended its unbeaten run to 16 matches after winning against Wales.

Italians are the favourites coming into the round of 16 fixture against Austria. They topped Group A with 3 wins in the 3 group stage matches without conceding a single goal and scoring 7 in 3 matches.

Austria finished the group stage at the second place in Group C. After eventually losing the thrilling round two encounter against Netherlands, Austria returned back to winning ways by defeating Ukraine 1-0 in the last group stage match.

Austria will face the strongest opposition in the form of Italy in the round of 16. The Austrians will have to display extraordinary efforts if they have to defeat Italy.

Austrians have a mountain to climb as they face Italy. The Italian defence is arguably the best in the world right now. Roberto Mancini’s team has gone 11 games without conceding a goal. Breaching Italian defence is going to be a heavy task for Austria.

Will Austria become the first team to breach Italian defence in 11 games, or will Italy carry on their sensational international form? Watch Italy vs Austria live stream Euro 2022 Round of 16 games online or on TV.