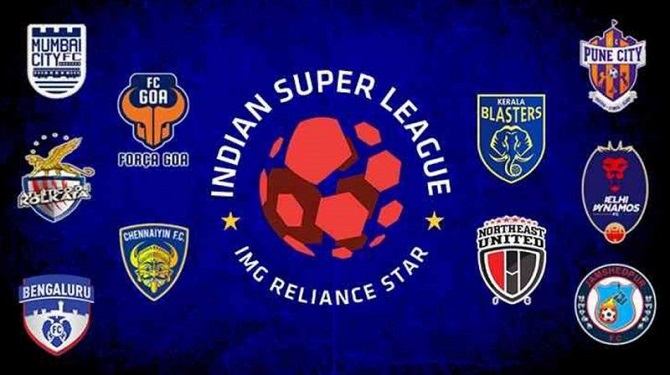 ISL Winners List: Here are the winners of Indian Super League till now, runner up, number of teams, player of the match and the team won most ISL Cup.

ISL 2022 season kicked off and ahead of the championship, here’s the ISL winners list of all seasons. The Indian Super League has kind of revolutionised the state of football in the country. ISL has changed the way the game was viewed in the country, by bringing in marquee players from all over the world and pumping in crores of money in the league, football got a boost and its popularity reached new heights. ISL 2022 was started in October 2019 and ends with the final on March 14, ATK beats Chennaiyin FC 3-1 to lift their third Indian Super League title.

A couple of clubs from I-League were merged with the Indian Super League and it was exciting for Indian football fans. Atlético de Kolkata is the most successful team in the Indian Super League who won the tournament twice while Chennaiyin won the title once. Before the 6th season rolls out, let’s take a look at the ISL winners list from 2008 to 2019 with the result, year and runner-ups teams. It is really saddening that the most followed sport in the world isn’t the most followed out here in India. But things are slowly and gradually changing and what is really heartening to see is that it is changing for the good. The beautiful game is no longer an orphan and it has a lot of takers and all of this is due to the advent of Indian Super League.

The 2015 final of ISL was played between the two most deserving teams, Athletico De Kolkata and Kerala Blasters. The two teams slugged it out in the DY Patil stadium and were no less than a cracker jacker. With the ebb and flow, the match was finally settled by a goal from Mohammed Rafique of Kolkata and ISL had its first champions Athletico De Kolkata.

The two teams slugged it out in the DY Patil stadium and were no less than a cracker jacker. With the ebb and flow, the match was finally settled by a goal from Mohammed Rafique of Kolkata and ISL had its first champions Athletico De Kolkata.

Into the second season of Indian Super League, it was time to convince people that ISL was there to stay. The standard of matches was a notch higher and the players gave it all they had. And the best part was that the marquee players were outshone by the lesser-known players. The season also saw the emergence of homegrown talents.

About the 2015 ISL final, the topsy-turvy match had FC Goa leading at first but and an inspired Steve Mendoza( aided by some false decisions by the referee) made sure Chennaiyan FC won the match. The fight that ensued real tampered the image of the league and the Goan owners were given a hefty fine.

The third season was a replica of the first season in terms of the final match that was played. This time albeit the final was played in Delhi. The winner but remained the same, Kolkata defeated the team from Kerala on penalties (4-3).

In the fourth season of ISL, Chennaiyin defeated the Bengaluru FC with 3-2 at the Sree Kanteerava Stadium while the ISL 2018-19, season witness the Bengaluru FC magical journey where they beat FC Goa 1-0 to win the title.