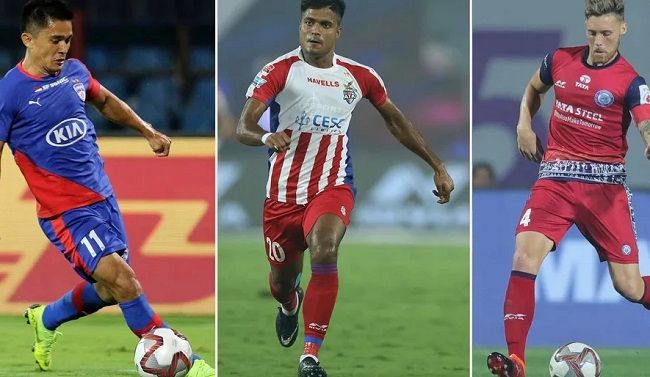 A captain keeps its team unified on the pitch. Coming to ISL, every team’s captain will be crucial in their side’s progress throughout the season similar to previous seasons. Ahead of the league, here’s the list of ISL team captains for the 2022-21 season.

Many people feel that what is the role of captain on a football pitch when it’s the manager who takes all the decisions. But the reality is different from perceptions, the role of a captain be it any sport is always crucial as they are the one who leads their troop.

It’s nothing short of a rare sight, that ATK Mohun Bagan will be stepping on the pitch with 5 captains. Yes, you heard that right, their head coach Antonio Lopez Habas does not favour naming a single captain in the team as he does not want to recognize anyone as the sole star of the team.

The most obvious choice for any franchise as the Indian captain will be leading his club Bengaluru FC. Chhetri will be captaining his side since their inception in 2017 and it will be his 4th season as the captain and has won the trophy once in 2018-2019.

Chennaiyin FC has not officially announced their captain for the upcoming season, however, as per reports their new signing Fatkhullo Fatkhuloev will lead the team from Tamil Nadu.

SC East Bengal is the latest entrant to the ISL, thus they build a whole new team after an extremely active transfer window but the team is yet to take a decision for the spot of captain.

The Spaniard Edu Garcia has been appointed the captain of FC Goa for their upcoming season as their previous captain Mandar Rao Desai left the side to join Mumbai City FC.

It’s their second season in the league and it’s shocking to note that the management is struggling in making their decisions on time. Yes, the ISL starts on the 20th and Hyderabad FC is yet to name their captain.

Jamshedpur FC head coach Owen Coyle has announced that Peter Hartley will lead the side for this edition. The English made this move from Motherwell to Jamshedpur FC during this transfer window and has been given the captain’s command in his debut season.

It seems that Kerala Blasters are also on the path of Hyderabad FC as they are also yet to announce their captain. With the departure of experienced and successful leaders such ad Sandesh Jinghan and Ogbeche, the hunt for at par captain might take time.

Mumbai City FC is yet to officially announce their captain for the season, but as per the reports, Mumbai City might go with their existing captain Amrinder Singh to lead the side this year also.

NorthEast United will looking to find form as well as a new captain, as their hunt goes on for both.

Steven Taylor was announced as the captain for Odisha FC on 14th November. The player is known for his leadership qualities and his experience in the game.