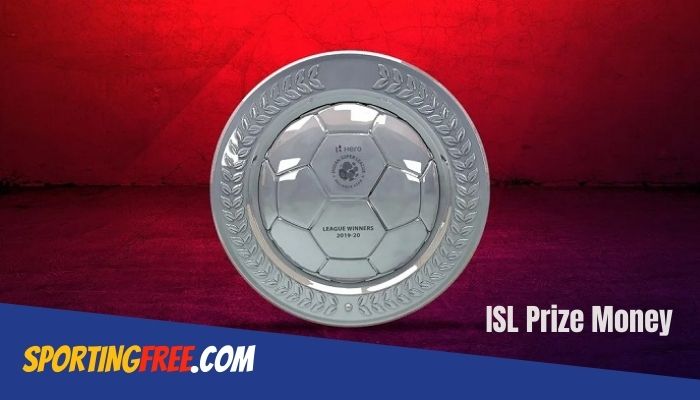 The Hero Indian Super League (ISL) is India’s recognized top professional league. The 2020-21 season of the Indian Super League is scheduled to commence from 20 November 2020 and end by March 2021. The winners of ISL get winners trophy with a cash prize of $1.01 Million (Rs 8 crore) along with participation in the AFC Champions League. AIFF is expected to decrease the ISL 2020-21 prize money due to the ongoing COVID-19 pandemic.

This year all matches will be hosted in three venues across Goa behind closed doors in the wake of the COVID19 pandemic in India. The three venues announced by ISL are:

Last season champions ATK will look to defend their title and profit from their new merger with I-league top-flight club Mohun Bagan. Click here to know the ISL 2020/21 schedule

The total prize pool for the 2020-21 season of the Indian Super League (ISL) has been decided to be approximately $2.02 million. The prize money purse breakdown is :

It will be awarded to each of the two losing teams in the Semi-Finals.

The rest of the remaining prize money purse will be distributed among the various individual award winners at the end of the season.

This year ISL Teams won’t receive much income through match tickets as all matches are hosted behind closed doors. Thus the only gain would be through sponsorships and match awards. These awards are received after every game.

Note: All information regarding the ISL 2020-21 season is acquired from several trusted sources. If any ISL prize money pay-cuts or changes are announced, details will be updated here.