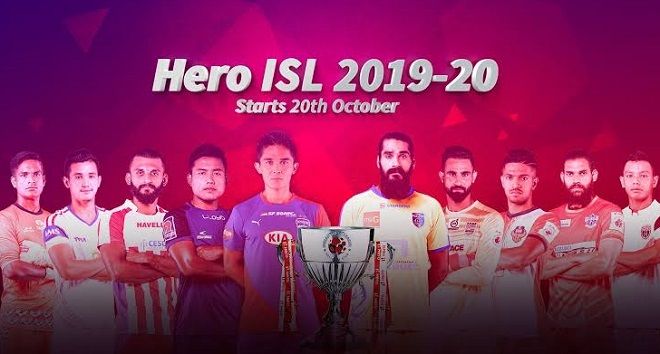 The popular Indian football tournament, Indian Super League 2019 kicked off in style and all the ten teams are battling it out for the prestigious trophy which will secure their play-off place in the AFC Champions League and will receive the huge prize money. ISL 2019-20 points table is placed below where you will get information about the team’s points, the number of matches played, the wins, the losses, and the draws. This year, a total of ten teams are a feature in ISL and all are looking really good and expected that competition will be exciting. The 2019-20 season of the Indian Super League is looking exciting as the sixth edition of the tournament will have more drama and entertainment. The defending champions of the ISL 2019-20 is Bengaluru FC who will look to defend their ISL crown. Watch all the matches of ISL live streaming online on Hotstar and Jio TV.

Update: Kerala Blasters FC is leading the Indian Super League 2019 Point Table by defeating the ATK in the opening game

The team who will win the match will get three points while one point for a draw.  The top four teams in the ISL 2019-20 points table will advance to the semi-final of Indian Super League season 5. It will be interesting to see which four teams will reach the semi-finals this season.