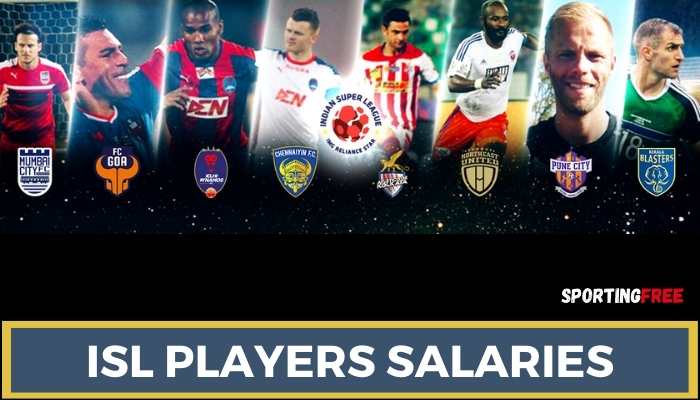 The Indian Super League (ISL) is India’s biggest domestic football tournament and recently the federation has released the list with ISL players salaries. The list also revealed the highest-paid footballer in ISL 2022/21.

Many might not be aware that India has its own football league called I-league since 1996 as no one paid attention to football due to the mega following of cricket. Though it was the privatisation of sport that helped it gain its due popularity.

Yes, in 2013 the Ambanis inaugurated Hero ISL when big cricketers such as MS Dhoni, Virat Kohli, Sourabh Ganguly, Sachin Tendulkar decided to own football teams and create a privatised Indian League for the fans.

The cash studded league outshined I league and even saw big international marquee players playing for the league, it also created a platform for the youngsters to show their talent as millions were watching them.

Each year the league is getting bigger and better and the team owners don’t hesitate in spending big at cost of winning the title. But as per the latest salaries released by ISL, here are the highest earners from the Indian football league.

Thus Mohamed Labri, the Turkish international who represents Mumbai City FC is the highest-paid footballer in ISL along with Maximiliano Barreiro from Northeast united as they both will be getting a whopping 6.3 crore rupees this season for their services.

As usual, the man himself, The Indian Captain Sunil Chhetri this year also topped the list of Highest earners in ISL but along with Amrinder Singh.

However, what’s motivating to see is that two 19 years olds Mohammad Nawaz and Dheeraj Singh have also made it to the list.

ISL has one long-debated salary rule that no team is allowed to spend more than 16.5 Crores on the total salaries of the ISL players. The order is in place to keep in check that no team should spend blindly to win the trophy and violate the financial fair play.

Football is the fastest growing sport in our country after cricket. India with a population of 1.3 billion citizens has never been able to excel at football, with always looking up to the western countries and leagues for inspiration.

However, after the development of the Indian Super League, many eyeballs in our country as well as around the world have given attention to Indian football.

Disclaimer: The above information about the ISL players salaries are based on the analysis, research and reports released by the officials.