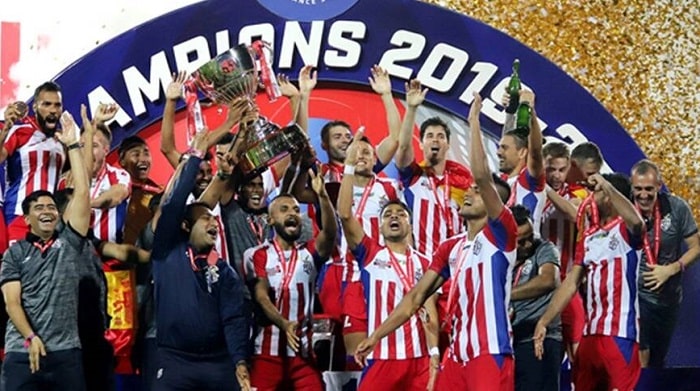 ISL 2022-22: The Most Successful Teams in the Indian Super League

Since its inception in 2013, the Indian Super League (ISL) has steadily grown in popularity and stature. Not only has it expanded from eight teams in its inaugural season to 11 today, but it has doubled in duration and received recognition from the Asian Football Confederation. As such, it has successfully achieved its aims of enhancing the popularity of soccer in India.

But which franchises have benefited the most from the introduction of the ISL? To date, there have been 13 different teams contesting the league, with four winners across seven league seasons. Which are the best and brightest of them all? Read on to find out the answers to that question and more.

As one of the founding members of the league – and as the team located in the most populous city in the country – it was surely only a matter of time until Mumbai FC made their mark on Indian soccer. It might have taken them a while to do so since they only acquired their first pieces of silverware last year, but they did so in some style, recording a historic league and cup double.

Indeed, the fact that the League Winners’ Shield was only introduced in 2019-20 means that Mumbai became the first and only team to win it in the same year as they claimed the league title. It’s that impressive feat which means it’s no surprise that football fans looking to bet on Mumbai City FC on Sportsadda for the upcoming season might find their odds shorter than they may have been in the past.

Another club that has competed in the ISL since its inception, Chennaiyin are the second most decorated team in the league. They have two titles in their trophy cabinet, winning the first in 2015 under the stewardship of Italian legend Marco Materazzi. As player-manager, Materazzi was not only instrumental in guiding them to success in the league’s second year, but also in coaxing fellow countryman Alessandro Nesta out of retirement.

Their second League success arrived in 2018 when former Aston Villa manager John Gregory took over from Materazzi and led the team to glory once more. After a disappointing loss in his first game in charge of the club, Gregory’s team then embarked on an incredible unbeaten streak and finished the season by beating Bengaluru in the finals.

The history of ATK is as illustrious as it is complicated. The club was originally founded in 2013 under the name Atlético de Kolkata and won the league in their debut season, thanks in large part to the exploits of Spanish legend Luis García. They would repeat the trick in 2017 and 2019-20 to become the most successful team in the history of the ISL, with three wins to their name.

However, that summer, Atlético de Kolkata merged with Mohun Bagan FC, creating a new team under the name ATK Mohun Bagan. In their first season under their new guise, the team finished equal on points with Mumbai City but lost out 2-1 in the finals to the ultimate champions.

Although it is still fairly young compared to most soccer leagues around the world, the ISL has already produced several champions worthy of the name, with Mumbai City, Chennaiyin and ATK Mohun Bagan the three most successful franchises to date.