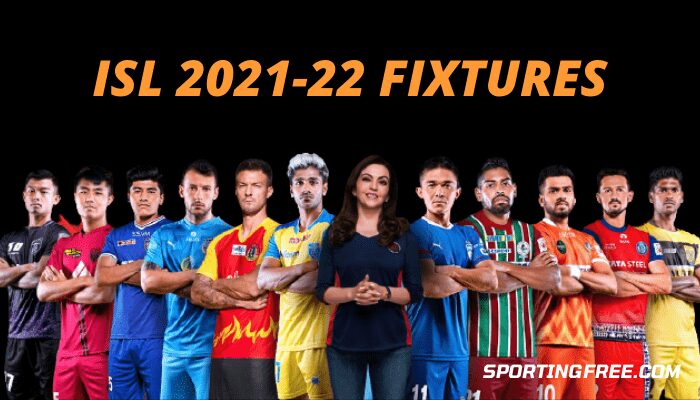 Footballing fever returns to India as the brand new season of the Indian Super League is all set to kickstart. ISL 2022-22 starting date is finally confirmed, the 8th season of the topmost football league of India will kick off with the first match on 19 November 2022.

Indian Super League and I league have been the main patrons of football in India. Ever since its establishment, ISL has increased the popularity of football all over India as more and more people have started following the sport and taking an interest in Indian football.

With marquee players and experienced veterans, the tournament has laid the foundation for the growth of football in India. Indian footballers are getting world-class exposure as they share the dressing room with some of football’s greats. Here is everything you need to know about the upcoming season of ISL 2022/22 season, including ISL fixtures and where to watch live streaming games.

After seven successful seasons, one of India’s topmost professional football leagues, the Indian Super League, is set to return for its 8th consecutive season.

Indian Super League (ISL) 2022-22 fixtures are not yet revealed by the organisers but expected to announce a couple of months before the kickoff.

The official venues for ISL 2022/22 are yet to be announced. ISL 2022-21 season was held in Goa because of the pandemic, and it is reported that the new season of ISL will once again be hosted in Goa.

10 teams will contest in Indian Super League 2022/22. Mumbai City FC is the defending champion after winning the 2022 ISL. Mumbai became the first team to win both ISL and League Winner’s shield in the same year.

The FSDL, in consultation with the AIFF, has introduced some rule changes for ISL. These rules will be implemented from the 2022/22 season. The changes are as follows.

Star Sports network will telecast all ISL Matches live on TV channels – Star Sports 1 and Star Sports 3. The tournament will be live-streamed on Disney+Hotstar and JioTV in India.