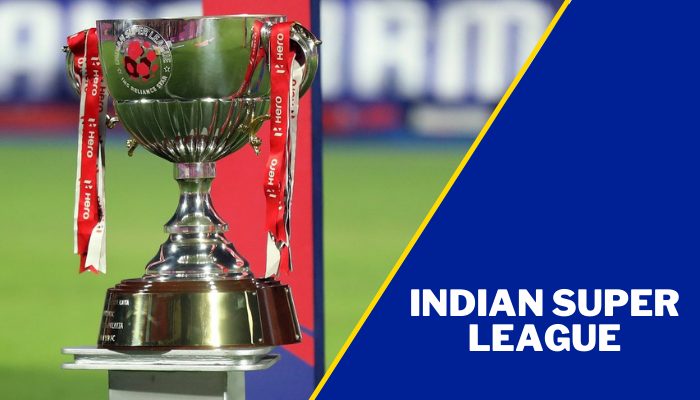 According to reports, ISL 2023-22 schedule is confirmed to start on November 19, 2023, and will conclude with the final on March 20, 2023. AFC has announced that the club must have played a minimum of 27 matches in their domestic leagues to get a slot in the AFC Champions League. That means more matches will be played this Indian Super League season, and international players would be decreased to four.

Latest News on ISL 2023-22: East Bengal’s participation in ISL season 8 is confirmed by the Shree Cement after the intervention of West Bengal Chief Minister Mamata Banerjee.

The biggest football festival in India and the top-tier league of the country. The ISL has been a success and garnered many viewers since it started telecasting 7 years ago. The number of teams has increased since the first season as well, with East Bengal, Bengaluru, Odisha, Jamshedpur, and Hyderabad coming with new clubs. In contrast, teams based on Pune, Delhi have moved out, with East Bengal and Atletico de Kolkata merging to become a single club- ATK Mohun Bagan.

Here’s all you need to know about the ISL 2023-22 schedule, fixtures, venues, teams, players and teams.

The upcoming season of the Indian Super League 2023/22 is reported to start on 20 November 2023 and will conclude on 20 March 2023 with the final at Fatorda Stadium in Goa. Thus, the entire fixtures of the upcoming ISL season will be played across Goa at Fatorda Stadium, Bambolim Stadium, and the Tilak Maidan stadium.

The last season was not the best season that the tournament had due to the empty stadiums due to the COVID-19 pandemic. AIFF will hope that things get under control to open gates for the fans as it brings in a significant chunk of the league’s revenue.

Unlike Europe or the other giant leagues around the globe, the Indian Super League isn’t played throughout the year, and extensions are given out for shorter-term to players. Still, some clubs have started working on their squad with interesting transfers and contract extensions.

The 20-year-old left-back Sanjeev Stalin will be moving from Portuguese side Aves to Kerala Blasters, who are eager to change their fortunes after a disastrous 10th place finish last season. Another 20-year old, Hormipam Ruivah, was signed by the Manjappada to boost the competition for the centre-back position.

FC Goa handed out an extension to Brandon Fernandes till 2024, while Shot stopper Laxmikant Kattimani extended his contract with Hyderabad FC for another year. Edwin Sydney Vanspaul signed an extension with his home club Chennaiyin FC till 2023. Mumbai City FC has extended contracts of duo Bipin Singh and Vignesh Dakshinamurthy till 2025.

The complete tournament is once again played in Goa due to the coronavirus pandemic like last season. IPL 2023 season was postponed mid-way due to the spike in coronavirus cases in the country.

If the situation did not improve then ISL 2023/22 would be held in three stadiums of GOA, the GMC Athletic Stadium in Bambolim, the Jawaharlal Nehru Stadium in Fatorda and the Tilak Maidan Stadium in Vasco.

The teams will play the ISL 2023/22 season in a double round-robin format and the top-four at the end of the league stage will advance to the playoffs.

Here are the 11 teams in the tournament

Footballer with Most Goals in the ISL

FC Goa’s Ferran Corominas is the ISL’s most successful striker in ISL history, with 48 goals in 57 games.

The entire ISL 2023-22 season will be live telecast on Star Sports Network, the league’s official broadcaster. All the games will be played behind closed doors in Goa. Online viewers can use Hotstar as well as Jio app to watch ISL live streaming online.

ATK has won the Indian Super League twice, making them the most successful team in the ISL. ATK won their first trophy in 2014, while the second win came in 2019 by beating Kerala Blasters.