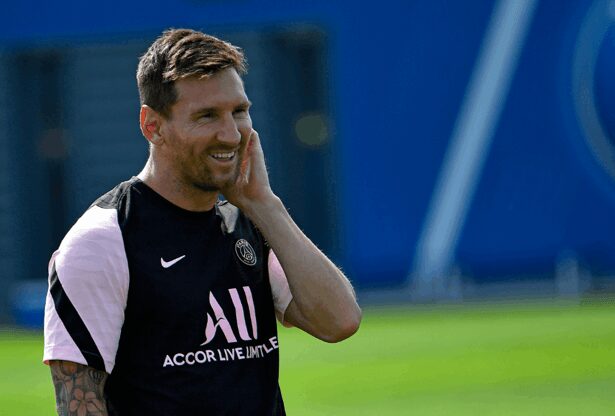 Is Lionel Messi Playing Today’s Game? Lionel Messi was officially announced as a Paris Saint Germain player on Tuesday, 10th August 2022. Messi is currently working on his preseason fitness and is yet to play his debut game for the French side PSG.

Reports in France suggest that Lionel Messi could make his debut for PSG either against Brest on 21 August or against Nimes on 30 August.

Messi debut date for PSG is completely dependent on his fitness levels. If he needs more time, Messi might make his PSG debut after the international break in September 2022. In July, Messi was last in action when he singles handily guided Argentina to the Copa America 2022 title.

PSG manager Mauricio Pochettino said, “It’s his second day of training after a month since he played the last game, the final of the Copa America. So we’re going to go step by step, getting to know each other. The priority is that he’s good, that he’s feeling good and when he’s in the best condition he can debut.He’s coming off a month since the last time he competed.”

“We have to listen to him, but also based on our experience. And of course our decision will come from the feeling we have based on the next training sessions, and then we’ll make a decision.”

Lionel Messi will don the number 30 jersey at PSG. After winning everything with FC Barcelona, it will be interesting to see how Messi performs at his new club. Messi’s arrival brings new hope for PSG. The French club has never won a Champions League, and they would bank upon the little magician to finally bring the trophy home.