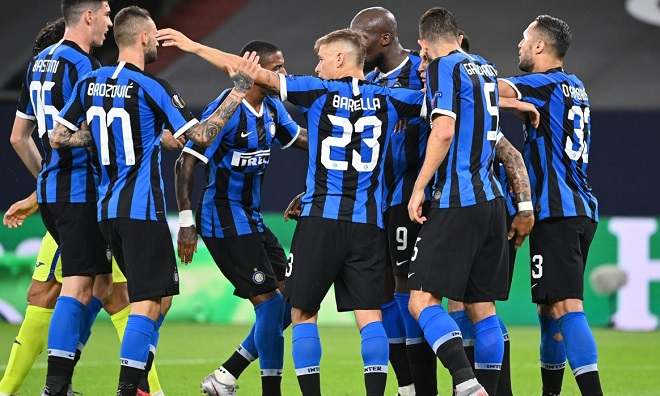 Antonio Conte has turned Inter Milan back to the formidable side we all loved watching, he has brought a whole new dynamic to the Italian club. Internazionale Milano commonly referred to as Inter Milan is the only Italian club to have never been relegated from the top flight league of Italian football. So, let’s see how much do Inter pay their players? Inter Milan players salaries breakdown based on year and week.

Inter had a remarkable season under Conte last year finishing second in the Serie A and reaching the finals of the Europa League only losing the silverware to Sevilla in the final. The club was founded in 1908 and share the same stadium as city rivals AC. Milan, San Siro stadium has a capacity of over 80,000 and is the biggest in Italy.

Milan became the first Italian team to achieve the treble in their 2009-10 season, under then Manager Jose Mourinho. Inter Milan has won 18 Serie A titles, won the Coppa Italia seven times and the Supercoppa Italiana five times.

They have won a total of 3 UEFA Champions League and back to back two times in 1964 and 1965. The Italian Giants have also won two Intercontinental Cups, three UEFA Cups and one FIFA Club World Cup.

Former Chelsea manager Antonio Conte took Management duties at Inter from 2019, and he was given the task to bring Inter Milan back to winning ways.

The Italian Coach used to manage Juventus between 2011-14 and also the Italian National team from 2014-16. Inter was one of the busiest sides in Europe this transfer window, bringing in 9 fresh signings to increase the depth and strength of the squad.

Conte has opted for a full shuffle or squad reinforcement with more than 20 new players into the team in his first two seasons.

The most valuable signings of this season have been young Achraf Hakimi from Real Madrid, left-back Aleksandar Kolarov from AS Roma, permanent signing of Alexis Sanchez from Manchester United and Arturo Vidal from FC Barcelona both as Free agents.

Who is the highest-paid Inter Milan player?

The highest-paid players in Inter Milan are Romelu Lukaku, Christian Eriksen and Alexis Sanchez all three receive around £7.5- £7 million a year. Next in line are Arturo Vidal, Achraf Hakimi and Ivan Perisic they are paid a surplus of more than £5 million a year.