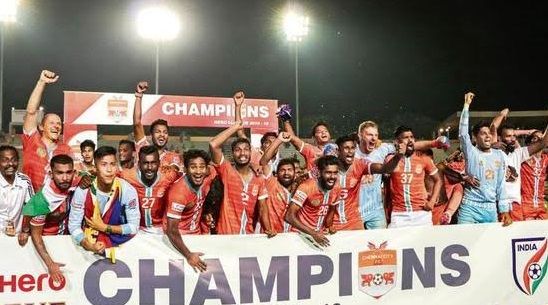 The I-League 2019-20 start date is confirmed, it is 30 November 2019 when the league will kick-off. It was announced through a press release by the All India Football Federation (AIFF). The 2019-20 I-League will be the 13th season of the tournament, one of the 2nd division’s leagues for association football clubs in India. The official has not yet revealed the I-League 2019-20

A total of 11 teams will compete in the league. Chennai City is the defending champions, having won the previous season. TRAU F.C. joined as a promoted club from the I-League 2nd Division. Shillong Lajong F.C. were relegated from the I-League last season and will play in the second division in the 2019-20 season. “I-League 2019-20 will commence on November 30, 2019 and the official broadcaster will be confirmed within a week,” the AIFF media release stated. The decision was taken at a meeting of the League Committee here on Friday.

A maximum of three foreign players can be replaced by a club during the entire season and a maximum of eight officials will be allowed to sit on the bench during a match.

The U-22 player quota rule will be decided after the meeting between AIFF secretariat and I-League clubs.

A total of 11 teams will compete in the I-League 2019-2020. Chennai City is the defending champions, having won the previous season. TRAU F.C. joined as a promoted club from the I-League 2nd Division. The 11 teams are:

The complete schedule of the tournament will be announced shortly.