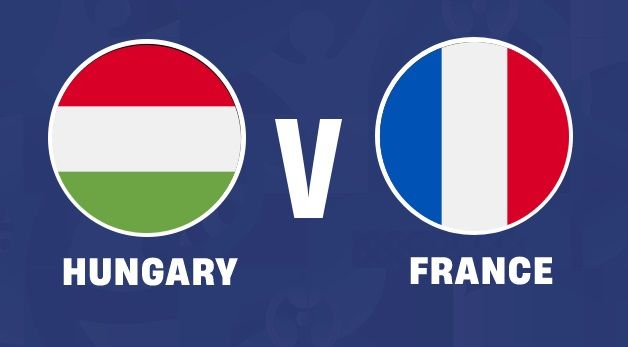 Hungary will host France in the second round of the Group F fixture. France will be eyeing two victories in a row, while Hungary will be looking for redemption as the two teams faceoff in the toughest group of Euro 2022. Don’t miss the epic encounter of the Euro 2022 Group F fixture; here’s how you can watch Hungary vs France live stream soccer match.

Hungarian midfielder Daniel Gadzag is ruled out of the tournament after failing to recover from his injury.

France escaped an injury scare against Germany when Benjamin Pavard was knocked out after the head injury. He completed the full 90 minutes but will unlikely start against Hungary. Leo Dubois might replace him in the defence. Didier Deschamp might also rest some players ahead of the key clash against Portugal.

What time does England vs Scotland kick off?

How To Live Stream Free Hungary vs France in the U.S.

How can I watch France vs Hungary live stream and what tv channel is on?

Fans in the UK can watch the Group F fixture of Euro 2022 on BBC One channel. BBC iPlayer will provide Hungary vs France live streaming at 2 PM UK time online.

Football fans can watch Hungary vs France telecast on Sony Ten2 and Sony Six channels in English Commentary from 6.30 pm IST onwards. Sony TEN 3 to live broadcast Euro 2022 matches in Hindi, while Sony TEN 4 HD will live telecast the matches in Tamil, Telugu languages. Jio subscriber can catch the live streaming of Hungary vs France for free on its JIOTV app.

Despite being the weakest team of Group F on paper, Hungary gave a tough fight to the defending champions Portugal in their opening fixture of Euro 2022.

The Hungarians displayed a promising performance as they were rock solid in their defence. Unfortunately, the Hungarian resistance was broken, and they had to suffer a heartbreaking defeat as Portugal scored 3 past them in the last ten minutes of the match.

World cup winners France kickstarted their Euro 2022 campaign with a bang as they cruised past Germany in their first fixture. Les Blues outperformed Germany in all departments as they completely dominated the match. France will be eyeing their second victory of Euro 2022 as they face Hungary in the second round.

Will the star-studded French team carry on their winning form? Or the Hungarians backed by their home fans cause a major setback to France? Don’t miss France vs Hungary live stream Euro 2022 game tonight.