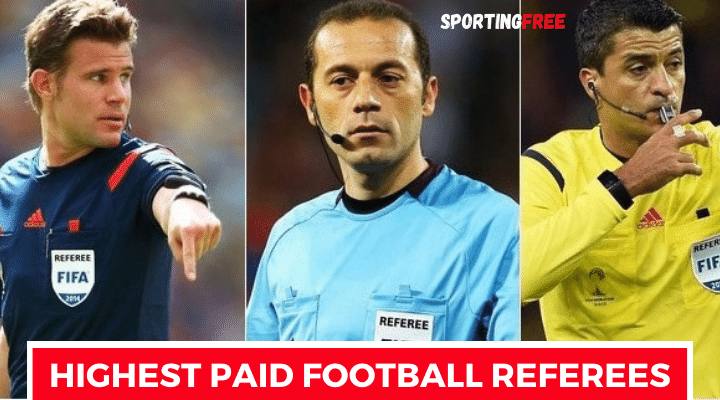 Referees are essential characters in the world of football. A league or competition looks for the best referees around the world to have them deployed in their league for the fairest conduct of the competition. A recent report revealed how much referees are paid in each country and the world’s top 10 highest paid football referees in 2023/22.

Thus, some of the biggest governing bodies such as UEFA have created an elite Panel of referees. Where they pick the best referees from all over the world and deploy them to the biggest league in the world ‘The champions league’.

The bigger the stage, the better the referees and the bigger their salaries. Refereeing decisions can decide championships, change careers, and can make all the difference to wagers you place at football bookies found via mybettingsites.com. Do you know which referee gets paid the most for spending 90 minutes in the ground, let’s find out the highest earning referees.

UEFA has categorised the game’s salary for match officials, assistant referees, and even the 4th Referee. They further classify their wage system by allocating referees into divisions

The officials falling under the elite category of referees are the most experienced ones and they require a minimum of 5-6 years experience of officiating in their domestic leagues.

The following football referees are the world’s highest earners:

Damir Skomina and Cüneyt Çakır are the highest-paid football referees in the Champions League as they officiate more matches than fellow referees. However, they must not be mistaken to be the highest-paid referee in the world.

The former Premier League referee, Mark Clattenburg reportedly signed a contract with the Saudi Arabian Football Federation for a whopping $650K a season. If reports to be believed, Clattenburg is the highest-paid referee in the world right now.

Do you know which are the top five domestic football leagues pay the highest basic salary to their referees?

As you can see there is a vast difference in the basic match salary of football referees between La Liga and any other league. Thus any referee getting included in UEFA elite panel would definitely be the highest earner football referees in the world.