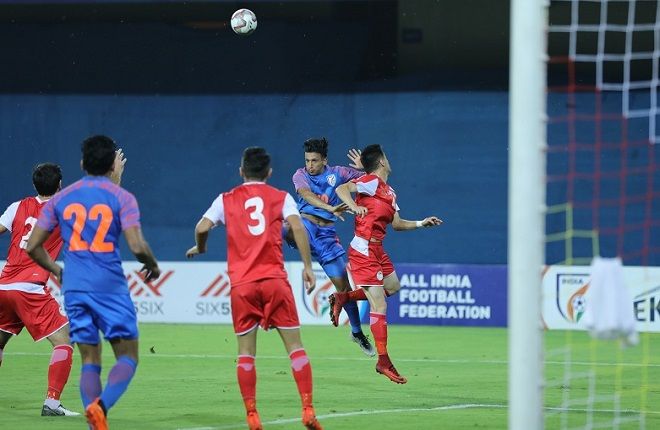 Hero Intercontinental Cup 2019 Live Streaming, Live Telecast, TV Channels, Fixture, Teams: The Hero Intercontinental Cup began in 2018. The All India Football Federation (AIFF) organized the tournament and it was held in India. All the matches were played in the Mumbai Football Arena, Mumbai. The Indian team had won the Cup in the first edition. They defeated Kenya in the Final, 2-0. Both the goals had been scored by the Indian Skipper Sunil Chhetri. The 4 teams playing in the tournament were India, Kenya, Chinese Taipei and New Zealand.

This year we are going to see the 2nd edition of the Hero Intercontinental Cup. The tournament is scheduled to take place from Sunday, 7th of July 2019 to Friday, 19th of July 2019. This year it will be held at TransStadia Arena at Ahmedabad in India. Even this year, 4 teams will be participating in the tournament – Syria, India, Tajikistan and North Korea. The Hero Intercontinental Cup is played in the round-robin format. Star Sports 2 and Star Sports 2 HD are the official broadcasters of the match. Fans can also live stream the matches on Hotstar or on JIO TV.

You can watch 2019 Hero Intercontinental Cup on TV on Star Sports 2 and Star Sports 2 HD in India and its sub-continent countries.

You can also watch Hero Intercontinental Cup 2019 live streaming on Hotstar’s app and website. You can access Hotstar through its website, Android and iOS apps. The Hotstar app required to have a Hotstar premium or Hotstar VIP subscription to watch any sports.

Reliance Jio is partnered with Hotstar to give Jio subscribers to free access to watch the Hero Intercontinental Cup live online but you must have the Hotstar app pre-installed on your phones.