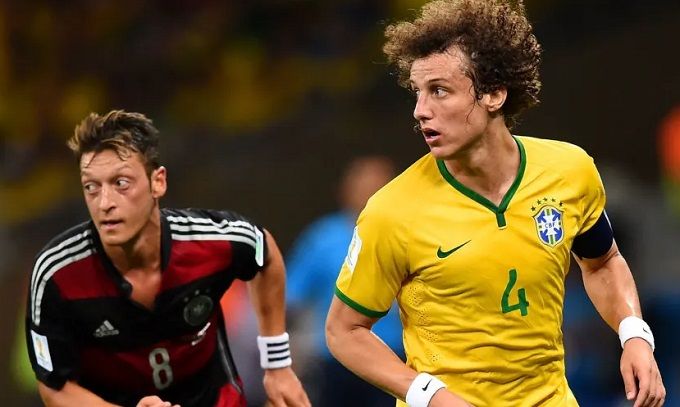 Qatar is all set to host the 2022 FIFA World Cup, scheduled to start on November 21. The world cup has always brought excitement and entertainment with it and over the years, the world has witnessed some of the greatest games of football. The competition has witnessed countless matches that become some of the best and greatest FIFA World Cup matches of all time.

Uruguay faced Ghana in the quarter final of the 2010 World Cup. Ghana were second favourites coming into this fixture as compared to the South Americans.

Luis Suarez gained worldwide attention for the first time at this match when he gave away a penalty to Ghana after deliberately handling the ball to clear off his line for which he was dismissed with a red card.

This was one of the most famous matches of the FIFA World cup of all time, Argentina were obvious favourites to win this last 16 fixture. But they faced a shocking setback as Romania scored 3 early goals. Argentina scored 2 including a goal in the 80th minute, but this wasn’t enough as Romania went on to clinch a win with a score of 3-2.

Brazil faced Italy for the first time in the final of the 1970 World Cup. This was a legendary Brazilian side that featured players like Pele and Carlos Alberto. The fixture ended with Brazil defeating Italy 4-1 to claim the World Cup of 1970 and regarded as one of the greatest FIFA world cup matches of all time.

2018 World Cup was full of nail-biting matches and in the last 16 matches, Belgium vs Japan was one of them. Japan, who were the clear underdogs shocked everyone as they went 2-0 up against Belgium just after the half time. The Belgians struggled to fight back as they were dominated by the Japanese. This game is regarded as one of the greatest football world cup matches ever.

They eventually grabbed 2 after Jan Vertonghen and Marouane Fellaini scored. This fierce tie ended in heartbreak for Japan as Nacer Chadli scored a winner for Belgium in the 93rd minute to make it 3-2 for Belgium.

France faced Argentina in a round of 16 thrillers of the 2018 world cup. Both teams had high rated superstars and an iconic encounter was predicted. France opened the scoring as Antoine Griezmann converted the penalty, But Argentina quickly levelled through Angel Di Maria. Benjamin Pavard’s marvellous strike gave France the lead again before Gabriel Mercardo equalized for Argentines.

This match introduced Kylian Mbappe’s talents to the whole world as he scored 2 goals in just 4 minutes and won the earlier penalty. The match ended 4-3 after Aguero pulled one back for Argentina in stoppage time.

Spain entered this group stage match against the Netherlands as the defending champions of the World Cup. However, they were brought back to the ground after the Netherlands humiliated them with a 5-1 victory over them. The 2014 WC game between Spain vs Netherlands is the best FIFA world cup matches ever played.

Xabi Alonso had opened the scoring for Spain via a penalty won by Diego Costa, but the Netherlands came back strong as braces from Arjen Robben, Robin van Persie and a goal from Stefan de Vrij made the scoreline 5-1.

Other than the shocking outcome, this fixture will also be remembered for Robin van Persie’s iconic headed goal which earned him the title of the Flying Dutchman.

England faced West Germany in the final of the 1966 World Cup and had the chance of clinching glory on home soil. This was an amazing fixture that saw the Three Lions beat West Germany to win their first and only World Cup to date.

With a team led by legendary captain Bobby Moore, and players like Bobby Charlton. The match was tied at 2-2 when Geoff Hurst scored a decisive brace in the 101st and 120th minute as England defeated West Germany at their home ground of Wembley.

Italy faced Brazil once again in a final in the final of 1982. The last final between these two teams saw the Brazilians win 4-1. But this time, Italy got its revenge as they defeated Brazil 3-2.

A hat-trick by Paolo Rossi for Italy sealed the win as the Azzuri completed the Entire 1982 world cup by winning all the matches in the competition.

West Germany vs Italy was the Semifinal match of the 1970 World Cup, consiered as one of the greatest football world cup matches. This game is regarded as the ‘Game of the Century. Italy was winning the game until the 90th minute when the Germans equalized. What followed was a chain of euphoria as Five goals were scored in the extra time.

Gerd Muller scored four minutes into extra time to give West Germany a lead, but goals from Tarcisio Bergnich and Luigi Riva put Italy back in winning position. Muller scored again in the 110th minute before Gianni Rivera’s strike sealed the game as Italy won this adrenaline-pumping encounter.

Germany vs Brazil of the 2014 World Cup is by far the greatest FIFA World Cup match ever. This fixture saw hosts Brazil get thrashed 7-1 in the Semifinal at their home ground. Germany cruised past Brazil as they were up 5-0 by half-time.

This defeat was Brazil’s first competitive home defeat in 39 years. Germany went on to win the 2014 World Cup after defeating Argentina.