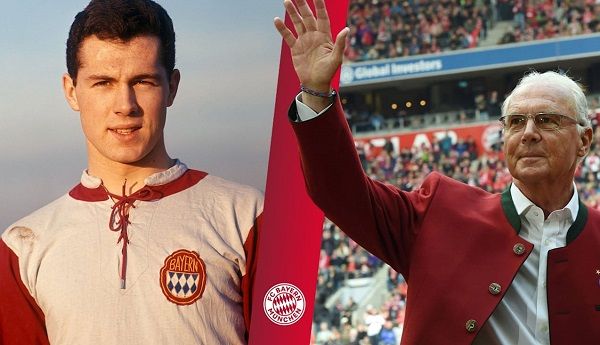 Defending is one of the toughest skills to master in football. A great defence is of utmost importance than attack because a shaky defence often concedes goals and nullifies the team’s attacking efforts in the front end of the pitch. This article ranks the top 10 greatest centre backs of all time, the definition of best centre back may vary from person to person but during analysis, we came to know that appearance doesn’t matter.

Center backs form the core of a team’s defence who obstruct the opposition’s forward play. Along with defending they play a crucial role in the team’s set-pieces. Without further wait, here are the best centre backs of all time.

Paolo Maldini is considered one of the greatest defenders of all time. He spent his entire football career at AC Milan. He has one of the longest careers in modern football which spans around 25 years. Maldini was known for his Man marking, positioning, sliding tackles, stamina.

Maldiniholds the record for the most appearances in Serie A with 647 appearances. He has played 902 times for Milan scoring 33. For Italy, he has played 101 games.

Passion, leadership are the terms attributed to Carles Puyol. He displayed great defensive skills and led Barcelona from the back. He spent his entire career at Barcelona and played more than 600 matches for them.

Puyol was a constant threat in the air and was great at tackling and his defensive abilities on and off the ball.

He captained Barcelona and led them towards 6 La Liga titles, 2 Copa del Rey,3 Champions League titles. He also was a part of Spain’s Golden generation who won the Euro 2008 and the 2010 World Cup.

Daniel Passarella played in the 1970s. Passarella played for Argentine club River Plate and Serie A clubs Fiorentina and Inter. He ranks 2nd in the most goal scoring defenders. Despite being of short stature, he was one of the best headers of the ball and was strong defensively in the air.

He was the captain of the Argentina team and led them to their first world cup glory in 1978.  In 556 league matches throughout his career, he scored  182 goals.

Ronald Koeman is the defender with the most goals. He scored 253 goals during his career. Koeman played for some top clubs like Ajax, PSV, Feyenoord. But he is best known for his stint at Barcelona. He had great technique, passing and was known for his set pieces and heading ability.

He played in the 1980s-90s and had more than 530 appearances across all clubs. He played 78 times for the Netherlands scoring 14 times. He won 4 consecutive La Liga with Barca,  4 Eredivisie titles in the Dutch league; He was a part of the victorious Netherlands team that won the 1988 Euros.

Cannavaro has played for clubs like Inter Milan, Juventus and Real Madrid. As a defender, Cannavaro possessed great technique and passing ability. One of the greatest centre-backs of all time, Cannavaro were quick and he made accurate interceptions and tackles.

He won 1 UEFA Cup, 2 La Liga titles with Real Madrid. Besides being the greatest defender, he was a great and inspirational leader. He captained the Italian team that won the 2006 FIFA World Cup.

He won the Ballon d’Or in 2006 which made him only the second defender to win the award.

The only active player on the list, Sergio Ramos is the best centre back in the world football right now. The Real Madrid captain is at the club since 2005 and is also one of the best goal-scoring centre backs ever and has scored 128 goals in his career. Ramos justifies his inclusion in the list with extraordinary statistics.

He is a leader with great defensive abilities including world-class tackling, aerial heading, one on one defending. Along with this, he is an attacking threat in the air during set-pieces. He is a champion player and a true leader for both Real Madrid and the Spanish international side.

He has won 5 La Liga titles, 4 Champions League titles and 2 Copa del Rey trophies with Real Madrid and the 2008 and 2012 Euros and the 2010 World Cup with Spain national team.

Gaetano Scirea played for Juventus in the 1980s. He had a 15-year long career at the club which saw him achieve everything there. He made 397 appearances in Serie A and scored 24 goals.

He has won 7 Serie A titles, 2 Italian Cups, 1 UEFA Cup, 1 Cup Winners’ Cup, 1 Champions League, 1 UEFA Super Cup, and 1 Intercontinental Cup with Juventus as well as winning the 1982 World Cup with Italy. He had great technique and tactical awareness and is regarded as one of the best defenders to ever play for Italy.

Bobby Moore played for England in the 1960s. He was undoubtedly one of the greatest English defenders of all time. He captained the England side that won the 1966 World Cup. A West Ham United legend, Moore had 644 appearances for the Hammers and was known for his interceptions.

He helped West Ham United win the FA Cup in 1963-64 season and he also captained them to a European Cup Winners’ Cup win in 1964-65. Bobby Moore died in 1993 aged 51. Moore is also included in our list of the 50 greatest footballers of all time.

AC Milan legend, Franco Baresi was an integral part of both his club and Italy achieved during the 70s, 80s 90s. He is a one-club legend who played at AC Milan for 20 seasons.

Baresi is Italy’s best centre back of all time with great tackling, passing ability and technique. He was AC Milan’s captain for 15 seasons and has won 6 Serie A titles, 3 Champions League, 2 Serie B titles with the club. He played 719 matches and scored 33 goals for Milan. He was a part of the Italian team that won the 1982 World Cup.

Franz Beckenbauer is the greatest centre backs of all time. He played in the 1960s and 1970s. He played for Bayern Munich 587 times scoring 83 goals and  for Germany 103 times scoring 14 goals. He has tasted glory on both the Club level and National Level.

He is the first defender to win the Ballon d’Or and the only defender to win it twice. He won 4 Bundesliga titles and 4 DFB Pokals with Bayern Munich. He led Germany at the Euro championship in 1972 and lifted the FIFA World Cup in 1974.