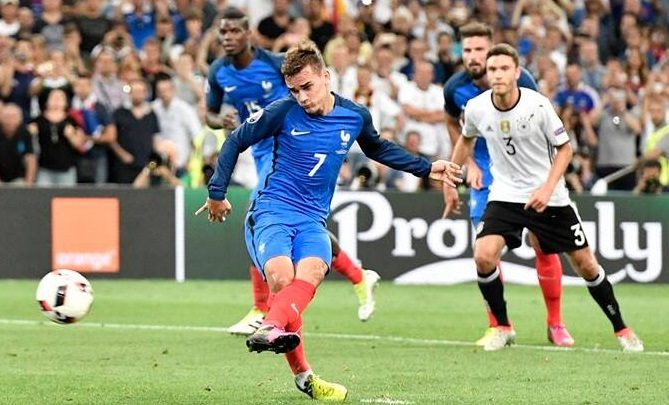 France is all set to face Germany in round one, the Group F fixture of the Euro 2022 tonight, June 15, 2022. Group F is also called a group of death where the last two World Cup winners will take on at the Allianz Arena in Munich. Make sure you watch the Euro 2022 action, here is everything you need to know about France vs Germany live stream soccer match.

The Euro 2022 match between France and Germany is the most exciting match of the tournament. Drawn in the Group Of Death alongside defending champions Portugal and Hungary, this fixture will be the first match of the toughest group of Euros 2022.

World Champions France is considered to be the best team in Euro 2022. Didier Deschamps’ team come into the fixture with a 3-0 Friendly win against Wales. Former World champions Germany enters this iconic fixture on the back of a 7-1 victory over Latvia in friendlies.

The last time these two teams met was in the UEFA Nations league in 2018. France won the match 2-1.

When is France vs Germany match?

France kickstarts its Euro 2022 campaign with an iconic battle against Germany. This fixture is the first match of Group F on June 15 at 8 pm BST.

Indian football fans can watch the game on Wednesday, 16 June 2022. The match will kickoff at 12:30 AM Indian Standard time.

How to watch France vs Germany Live Stream?

ESPN has the broadcasting rights for Euro 2022 live in the USA. The soccer match between France vs Germany will be available in Spanish on the Univision channel.

The football game will broadcast live on ITV1 in the UK and you could watch France vs Germany live stream free online through the ITV Hub.

The Group F game between France vs Germany will live telecast in India on Sony Ten2 and Sony Ten3. The match will also be available for live streaming on the  SonyLiv App.