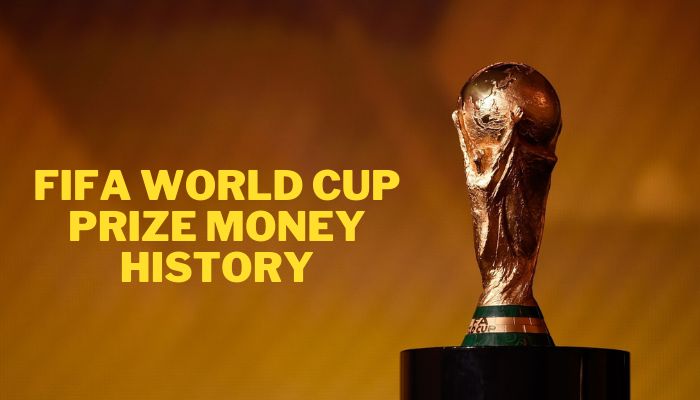 FIFA World Cup is celebrated as the festivals in different parts of the world. It is considered as the most prestigious and popular event of the earth. In terms of viewership, it is second to Olympics games. Since it is a global event truckload of money is involved in it. With time FIFA has proliferated the prize money of the World Cup.

If we compare the prize money of the 1982 FIFA World Cup edition and the latest 2018 one then there is a gigantic increased in it. In the inaugural edition (In terms of prize money) of 1982, the prize pool was of $20 million.

It is manifold to $791 million in the latest edition, held in 2018 at Russia. The upcoming FIFA World Cup to be held in UAE in 2023 is going to be huge. The expected fund of the event is estimated to be $ 1 billion.

FIFA auction Tv rights and Online coverage for a time period of four years. The major part of the FIFA fund comes from Media rights and Sponsorships. Ticket sales also contribute to the total revenue generated.  Here is the Fund distribution of the latest concluded FIFA event.

FIFA Revenue and spendings between 2015 to 18

The large portion of the revenue is used to develop football across different regions. To make FIFA 2018 World Cup a successful event FIFA spent $ 400 million on administration $420 million was spent on TV and Media coverage and $390 million for other expenses. FIFA gave $120 million to the Russian Federation as an award for organising the event.