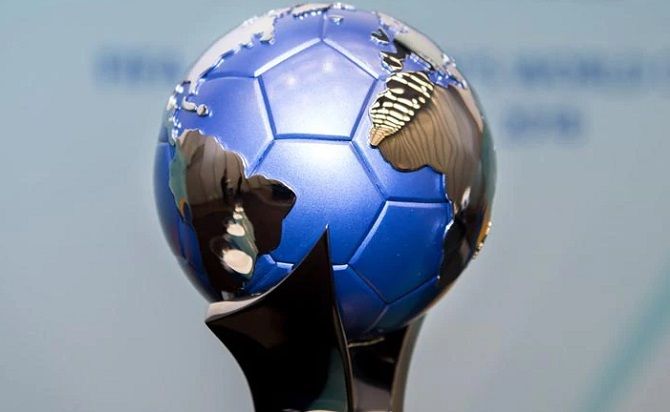 The FIFA U-17 Women’s World Cup India 2022 to be hosted by India scheduled from 2nd November and final to take place on 21 November this year. Last year in March, India was announced as the host country. India received automatic qualification to the event on record of being the host. It is a biennial tournament, and Spain winning the title in 2018 are the defending champions. The official slogan for this year’s FIFA U-17 Women’s World Cup 2022 is “Kick off The Dream”.

Kolkata, Bhubaneswar, Guwahati, Ahmedabad, and Navi Mumbai were announced as the five host cities for the FIFA U-17 Women’s World Cup 2022 schedule. A total of sixteen national teams will play against each other across 32 matches to raise the trophy on 21st November final will be played at the Dr DY Patil Stadium in Navi Mumbai.

Sarai Bareman, Chief Women’s Football Officer at FIFA said “As the official tournament slogan, Kick-Off The Dream perfectly captures the empowering and aspirational message for the tournament as we look to develop women’s football and use the tournament as a platform to inspire girls and women of all ages across India and around the globe,”

It is the second instance of India hosting a FIFA event in the past three years as India also hosted the FIFA Under-17 World Cup in 2017.

“It gives me immense pleasure to congratulate the five host cities hosting the FIFA U-17 Women’s World Cup India 2022, Our Indian women’s team will be playing for the first time at a FIFA tournament. It is a proud moment for the country, and we will provide all support to ensure its success,” said Honourable Union Sports Minister Kiren Rijiju.

The five venues to host the tournament are :

Speculations are most of India’s matches are expected to be played at Indira Gandhi Stadium in Guwahati.

The teams haven’t been decided yet, Spain and India are sure participants. Fourteen sides are however to achieve qualification for the group stages, as teams from the CONCACAF, UEFA, AFC, CONMEBOL, OFC, and CAF look to seal qualification to the major tournament in India later this year.

There will be four groups in the group stage for convenience let us name the teams based on their group and a number Example: The sides in Group A – A1, A2, A3, A4.