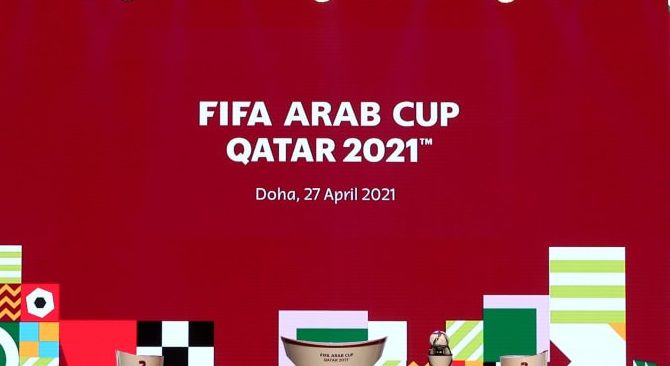 Arab nations have a significant role in popularizing football in Asia and now all eyes are on Qatar as it is set to host the FIFA World Cup of 2022. The Arab Cup of 2022 will serve as a great opportunity to check preparations, facilities and overall management in Qatar just a year before the 2022 World Cup. Draws for the 2022 Arab cup were held on 27 April in Doha. Get everything you need to know about the event, FIFA Arab Cup 2022 schedule, fixtures, draw, qualified teams, tickets and groups.

The middle-east countries are all set to battle it out in the 2022 FIFA Arab Cup which will not help the Arab team test their preparation but also FIFA will get an idea of how much Qatar is ready for the upcoming 2022 FIFA World Cup.

The 2022 FIFA Arab Cup will be the 10th edition of the competition, scheduled to take place from 30 November to 18 December 2022 in Qatar. This is the first time that FIFA will overlook all the proceedings of the Arab Cup.

The inaugural match of the Arab Cup 2022 will be played between hosts Qatar and the winner of Kuwait vs Bahrain on 30 November 2022.

The Asian champion and host Qatar will kick of the tournament against the winner of the qualifier game between Bahrain vs Kuwait. The complete match fixtures for the FIFA Arab Cup 2022 will be updated here after the completion of the qualifiers.

The official venues for the FIFA Arab Cup are yet to be released but the tournament will be hosted at 6 different venues in 4 cities.

The 9 teams qualified for the Group stage are

The 14 teams will clash based on their ranking and the top-ranked team amongst them will face the bottom-placed team. Here is the schedule for the qualification matches-

The 16 teams will be divided into 4 groups of 4 teams each. The winners and runner ups of each group will progress to the next stages.

After successfully overcoming the Covid-19 pandemic, Qatar is confident to host fans in the stadiums. There is no official confirmation about the FIFA Arab Cup 2022 ticket’s sale date or partners.