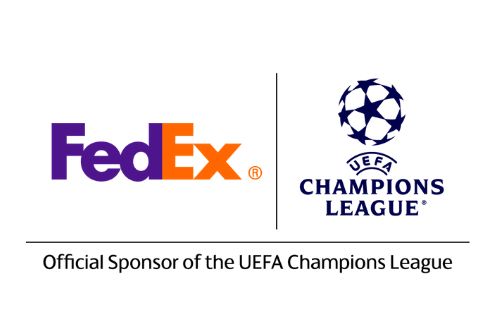 FedEx became a main sponsor of the UEFA Europa League in 2015. They are also the official logistics partner of UEFA EURO 2022 due to being played in the summer of 2022.

The financial terms of the agreement have not been made public. Uefa’s financial report of 2019/20 showed that the governing body brought in €363.5 million (US$436.7 million) last year for its commercial rights to the Champions League and Uefa Super Cup. The results were impacted by the Covid-19 pandemic for obvious reasons.

FedEx is one of five companies that have so far been confirmed as Champions League sponsors for the 2022 to 2024 cycle, joining Mastercard, PepsiCo, Heineken and Just Eat Takeaway.com.

What UEFA Said on FedEx Deal?

Uefa marketing director Guy-Laurent Epstein said that the deal will help the competition in numerous ways. He conceded his joy, “we are looking forward to working with FedEx closely over the next three years to help them activate their numerous projects. They will benefit not just the footballing community, but also look to have a positive impact on the environment.”

To that Brie Carere, executive vice president, chief marketing and communications officer at FedEx, added, “Our global sponsorship of Uefa Champions League will deliver unrivalled opportunities for our brand, team members, customers, and communist world-class our brand with world class sports performance allows us to connect our services to our audiences through the passion and emotions generated by sports and enables us to contribute positively to our local communities.”

The company’s existing relationship with Uefa has also seen it collaborate to good and greater means. It is serving the Uefa Foundation for Children. FedEx is helping them to deliver community soccer fields safely in Spain, Poland, Brazil and South Africa, among other initiatives. No doubt, the three-year deal will allow UEFA to flourish with so many sponsors of the competition.

This year Champions League final is set with Manchester City and Chelsea battling out for the prize. An all-English final will be played at Ataturk, Istanbul on 30th May. But reports are claiming that the final can be moved from Turkey to England because of the virus situation in the country.